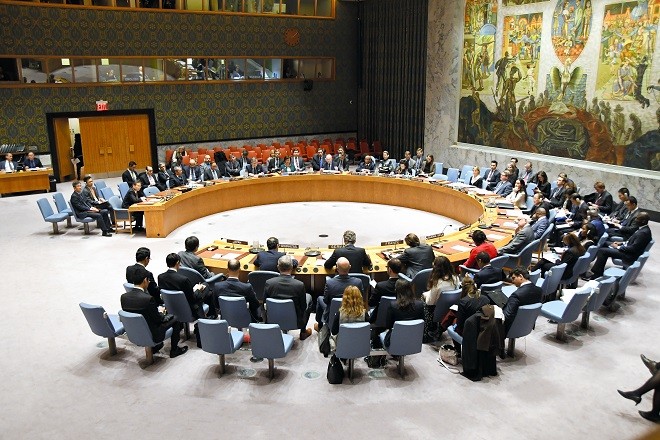 This year, the United Nations is celebrating the 75th anniversary of its foundation.

In its General Assembly session to mark the anniversary, which started earlier this month, the 193 member countries unanimously adopted a joint declaration that asserts, “Multilateralism is not an option but a necessity.”

This assertion is not only a warning about a growing wave of self-centered, “me-first” actions by leading powers but also a reflection of the sense of crisis gripping the world body.

The Charter of the United Nations, signed in 1945 amid bitter soul-searching over the devastation caused by the two world wars, said the member nations were determined to “unite our strength to maintain international peace and security.”

It was not a mere expression of an ideal but rather a pragmatic recognition of the harsh reality that the world would face many formidable challenges that no single country could effectively deal with.

The history of the past 75 years has exactly underscored this reality. The world saw a gloomy period when nuclear weapons were born and proliferated, which mostly overlapped the Cold War era.

It has been struck by countless international terrorist attacks. It is suffering from the serious global effects of harmful climate change. Now, the new coronavirus pandemic is raging, taking a heavy social and economic toll across the globe.

The world cannot effectively respond to any of these challenges without the United Nations. But conflict and rivalry among the United States, China and Russia are seriously hampering the activities of the U.N. Security Council. These three countries have refused to join an international framework to share COVID-19 vaccines among countries when they become available.

The question is how Japan should adjust its U.N. diplomacy to the reality of the world body.

Since the end of World War II, Japan has been engaged in U.N.-centered diplomacy as a guiding principle of its foreign policy. For many years, Tokyo was the second largest contributor to the organization after the United States.

Japan has slid to third place as it has been overtaken by China, but its years of steady, if low-profile efforts to support the U.N.’s missions through various initiatives, such as the establishment of the Trust Fund for Human Security, have been internationally appreciated.

But there have been some troubling signs of declining public support for the United Nations in Japan. A survey of people in 14 developed nations, including the United States and major European nations conducted this summer by the Pew Research Center in Washington, found that the number of Japanese taking a dim view of the United Nations had grown sharply.

Japan was reported to show the most unfavorable ratings of the organization of any country in the poll.

Japan’s low opinion of the United Nations has been blamed mainly on mounting international criticism of the body’s responses to the pandemic. It seems that many Japanese are feeling a sense of powerlessness as the United Nations is struggling to define and play the roles it should play in the face of growing concerns about the international situation due to the intensifying confrontation between Washington and Beijing and other factors.

What should not be forgotten, however, is that U.N. activities are based on actions of the member nations including Japan.

The question Japan should ask is not what the United Nations can do for it but what it can achieve through the body.

If Tokyo is really committed to playing a leadership role at the council, it needs to establish a truly independent, U.N.-focused diplomatic agenda as opposed to its traditional foreign policy of simply following Washington’s lead.

Japan’s foreign policy mission in this “non-polar” world should be to enhance the multilateral framework to protect the world order through rules and norms, not through the powers of specific countries. In its pursuit of this goal, Japan should seek cooperation from Europe, Australia, Canada and other Asian countries.

In his address to the U.N. General Assembly, Suga called for cooperation for strengthening multilateralism. We hope the Suga administration will make serious diplomatic efforts in line with his call.