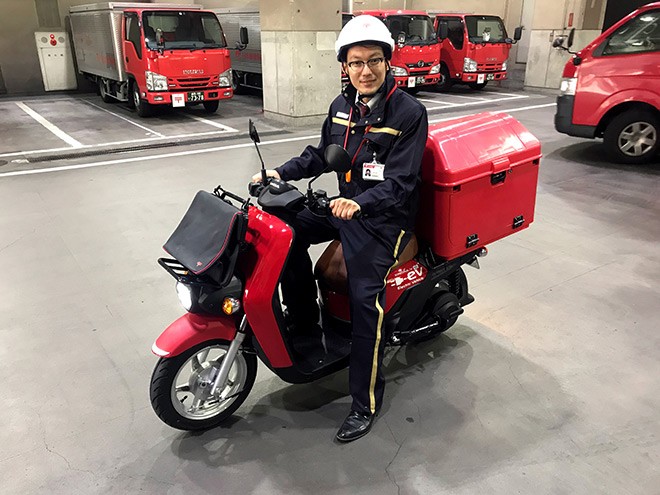 It plans to have 200 “Benly e:” bikes made by Honda Motor Co. delivering mail by the end of this March and 2,000 by the end of March next year.

Japan Post mail carriers will get custom versions of the bike. Honda will begin selling the standard model for corporate customers in April.

The scooter-type bikes can travel up to 87 kilometers on a full electric charge.

Japan Post will deploy the bikes mainly in the Tokyo metropolitan area and local cities where most of their deliveries are done within a short distance.

The motorbikes' batteries can be removed and charged at post offices before or after drivers make deliveries.

Honda’s Super Cub bikes have been used for mail delivery across Japan for many years and account for almost all of Japan Post's 85,000 motorbikes.

Electric bikes have been gaining in popularity in Taiwan and China, but have failed to catch on in Japan partly because of the limited number of charging stations.