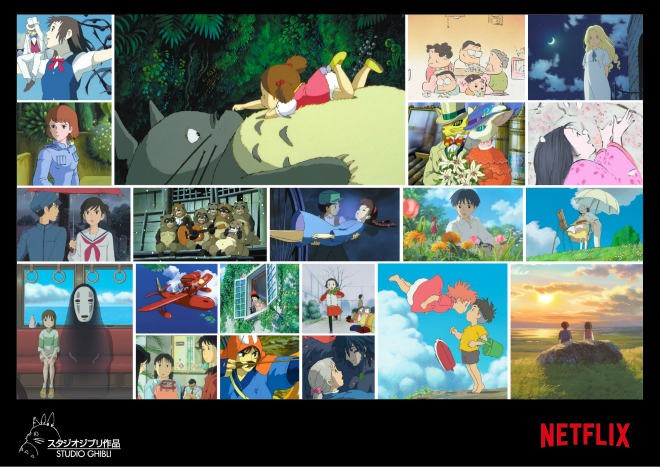 Netflix will start streaming 21 animated feature films produced by Studio Ghibli Inc. for the first time over the next three months, including such classics as "My Neighbor Totoro" and "Howl's Moving Castle."

If you're in the right country.

The leading U.S. video streaming service provider said Jan. 20 that the films will be available in other Asian countries, Europe, South America, Africa and other parts of the world, excluding Japan, the United States and Canada.

Netflix provides its service in more than 190 countries.

Studio Ghibli was co-founded by animation giant Hayao Miyazaki, whose smash-hit "Spirited Away" won the Academy Award for Best Animated Feature of 2002.

Netflix and HBO Max will make films by the Academy Award-winning Japanese animation studio available as part of a subscription-based service, which allows users to watch as much as they want for a fixed rate.

Netflix will start streaming seven of the films, including “My Neighbor Totoro” and “Kiki’s Delivery Service,” on Feb. 1, followed by “Nausicaa of the Valley of the Wind” and six other films on March 1 and seven more, including “Howl’s Moving Castle,” on April 1.

A Studio Ghibli public relations official said that the company has no plans to stream its films in Japan.