ANIME NEWS: ‘In This Corner of the World’ long version features Kana Hanazawa 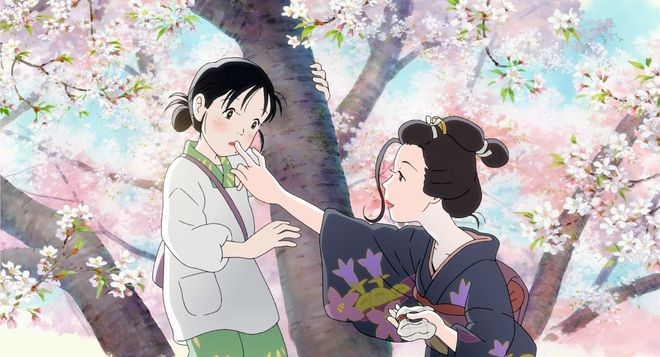 An additional episode involving protagonist Suzu, left, and Rin, who works in a brothel, will be featured in the extended version. ((c) 2018 Fumiyo Kono/ Futabasha Publishers Ltd./ In This Corner of the World Project)

Popular voice actress Kana Hanazawa will appear in “In This Corner (and Other Corners) of the World” to play a new character named Teru.

The animated feature film, directed by Sunao Katabuchi, will hit theaters on Dec. 20.

The movie is an extended cut of “In This Corner of the World” featuring about 30 minutes of extra footage.

The original film came out in 2016. It won at least 70 awards at home and abroad, including the Japan Academy Prize for best animation and a Jury Award at the Annecy International Animation Film Festival in France.

The film, based on Fumiyo Kono's manga of the same name, follows the daily life of housewife Suzu in Kure, Hiroshima Prefecture, during World War II.

The extended version digs deeper into the lives of the people surrounding Suzu, including Teru, who works at a brothel with Rin.

A trailer for the movie shows Teru talking to Suzu in Kyushu dialect on a snowy day.

Hanazawa is known for her roles as Akane Tsunemori in “Psycho-Pass,” Yukari Yukino in Makoto Shinkai’s “The Garden of Words,” Mayuri Shiina in “Steins;Gate” and Red Blood Cell in “Cells at Work!”

To view the trailer, visit the official website at (https://ikutsumono-katasumini.jp/).