Extended ‘In This Corner of the World’ adds subplot, depth 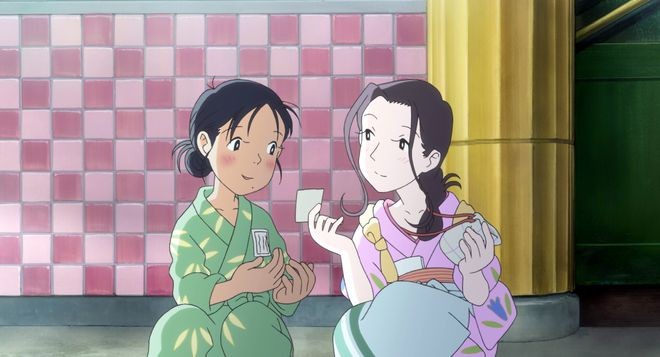 An extended version of “In This Corner of the World,” a movie revolving around a homemaker during wartime, will make viewers feel like they are watching a completely different film, according to the director.

“I portrayed Suzu, the protagonist, as a multifaceted person who is conflicted with her own messy feelings,” Sunao Katabuchi said.

With about 40 minutes of extra footage, “In This Corner (and Other Corners) of the World” was released on Dec. 20, the day after the original version ended its unusually long run following its release in November 2016.

But in the extended version, Rin, a woman who works in a brothel and makes friends with Suzu, is given a larger presence.

Suzu learns that before she married Shusaku, he had a connection with Rin. The protagonist finds herself caught up between her love for her husband and her friendship with Rin.

Suzu is troubled by the fact that she can’t have a baby and is angry at her husband who tries to trick her into spending a night with his childhood friend Tetsu. She begins to lose her mental balance.

The subplot is told in the original manga written and illustrated by Fumiyo Kono. But the director begrudgingly had to omit it from the previous version to keep the length a little more than two hours.

Thanks to the film’s success, Katabuchi realized his dream of “reviving” the subplot. He spent three years creating additional scenes and adding his own interpretations.

“The axis of the original manga is the love between a man and a woman, but I wanted to capture the story in a more universal manner,” Katabuchi said.

He mentions a symbolic scene where Suzu opens a drawer of her husband’s desk and learns his secret.

“Suzu, who had been acting as if she were less valuable than paper, opens a new drawer of her heart and becomes eager to find a meaning for her existence,” Katabuchi said.

Suzu is portrayed as an honest woman in the original version, but she turns out to be quite a complicated person. Still, this makes her even more charming, the director said.

“In the original version, Suzu was someone who represented and spoke for a wide variety of people,” he said. “So, I want the original to remain as it is, as a film that makes everyone feel like, ‘So this is what the atmosphere during wartime was like.’

“But in the latest version, Suzu has become a unique existence and lives her own life. And yet bombs are dropped upon her with no mercy.”