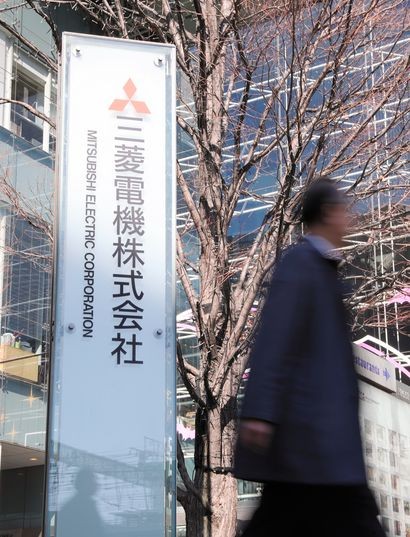 A cybersecurity expert once told me that if my computer has a built-in camera, I should "blindfold" it with a piece of paper to eliminate the risk of being spied on via the Internet.

As an amateur, I felt a bit disconcerted, wondering if I should really take his word.

But when it comes to cyberattacks, you never know what to expect.

The company even helps other companies defend themselves against cyberattacks by providing them with its own cybersecurity programs.

An analogy that comes to mind is a police officer, specializing in larceny, getting his home broken into.

There is a possibility that not only the personal information of more than 8,000 people, but also technological information concerning Mitsubishi's business partners, have been leaked.

The attack is believed to have been carried out by a group of Chinese hackers.

According to Trend Micro Inc., a Tokyo-based multinational cybersecurity and defense company, the group in the past spread a virus with an email that read to the effect, "We have compiled a report on the case that was widely reported recently. The report is attached."

An email such as this can easily trick an unsuspecting recipient into opening the attachment.

But I am sure company employees are always instructed to contact the company's cybersecurity department immediately when they receive a suspicious email.

And isn't such prompt action just as necessary after a cyberattack has been confirmed?

But incredibly, Mitsubishi kept its business partners in the dark for as long as six months.

"In this day and age, one cannot discuss corporate management without cybersecurity," declares Mitsubishi's official website.

The company's top executives must be nodding in agreement with bitter regrets.