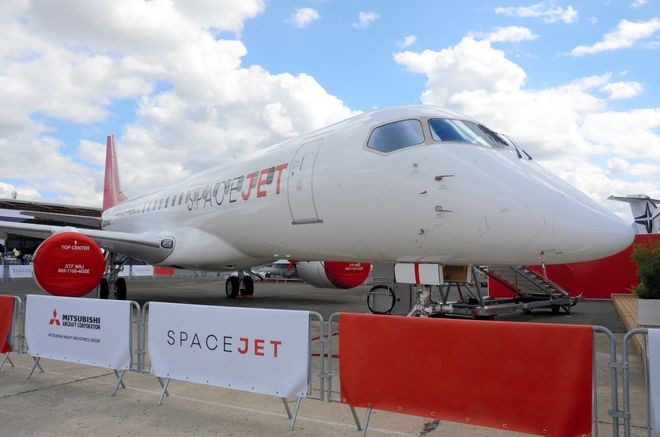 Mitsubishi Aircraft said on Thursday one of its biggest customers, Trans States Holdings (TSH), has cancelled an order for 50 of its SpaceJet M90s because the aircraft do not comply with U.S. union rules on regional jet use.

The labor union scope clause governs what planes pilots can fly, restricting planes heavier than 86,000 pounds (39,000kg) and with more than 76 seats from being flown on regional routes.

“When we established our contract with TSH, the outlook on the regional market was very different. The scope clause, however was not relaxed as anticipated,” Mitsubishi Aircraft president, Hisakazu Mizutani, said in a statement.

The TSH cancellation leaves the Japanese planemaker with only 163 firm orders, and will be a fresh blow to Japan’s ambition to establish an independent aircraft industry unless Mitsubishi Aircraft can persuade TSH and other U.S customers to switch to its SpaceJet M100, a revamped version of the aircraft that will comply with the U.S. union rule.

“We expect to convert all U.S. orders to the SpaceJet M100,” a Mitsubishi Aircraft spokesman told Reuters. The company said it is continuing discussions with TSH.