Hayabusa 2 on way to Earth after completing Ryugu mission 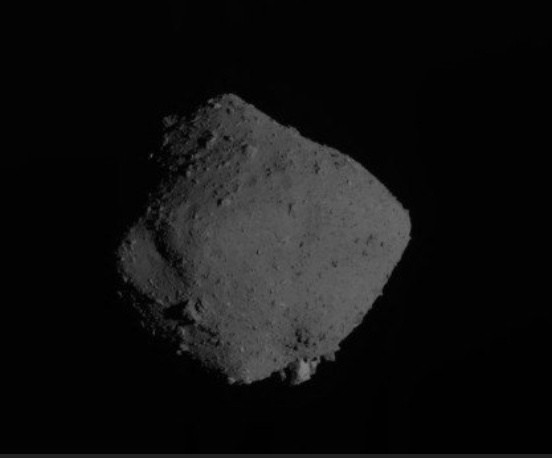 A shot from Hayabusa 2's final footage of the asteroid Ryugu, taken as the space probe departed from an area close above it on Nov. 13 (Provided by the Japan Aerospace Exploration Agency)

Japan's Hayabusa 2 space probe departed for Earth on Nov. 13 after completing its mission to explore and collect samples from the asteroid Ryugu.

It had been on a mission to investigate the asteroid since June 2018.

Hayabusa 2 will take about a year to return to Earth. At the end of 2020, it will be above Australia, where it will release a capsule expected to contain sand and rock samples from the asteroid.

Makoto Yoshikawa, the mission manager of the Japan Aerospace Exploration Agency (JAXA), said he was grateful to have been part of the project, adding he had “been full of excitement for the last year and a half.”

Firing up its small engine, Hayabusa 2 slowly moved away from Ryugu, while filming its final images of the asteroid.

JAXA plans to have the main ion engine back in full operation from December this year after inspection.

The first Hayabusa probe was plagued with a succession of engine and attitude control system problems, but Hayabusa 2 has experienced only a few minor issues so far.

JAXA sees it as highly likely that the probe will be able to operate normally even after it returns to Earth at the end of next year.

The space agency plans to investigate another asteroid in a new mission and is currently considering its next celestial target.