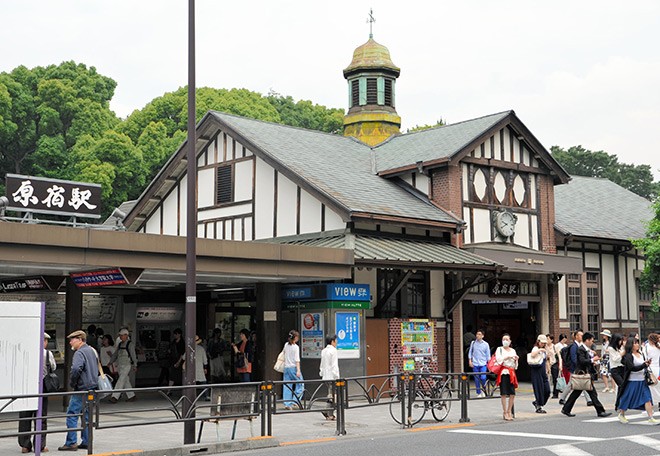 Harajuku Station in Tokyo’s Shibuya Ward will be demolished after the 2020 Tokyo Olympics. (Hideaki Ishiyama)

Harajuku Station, the oldest wooden train station in Tokyo, will be demolished despite calls from local residents to preserve the building, East Japan Railway Co. (JR East) said on Nov. 19.

JR East has been constructing a new station building that is scheduled to open on March 21, 2020, ahead of the Tokyo Summer Olympics and Paralympics. According to JR East’s plan announced in 2016, the new station will be located adjacent to the site of the current building.

Since then, many people, including locals, have called on the company to preserve the European-style building, which features an iconic small spire on the top of the roof.

However, JR East cited safety concerns for its decision to demolish the building after the end of the Summer Games.

“The area near the station is designated as a fire protection district,” a company official said. “The current building can’t meet the fireproof standards stipulated in the law.”

The official said the new building would recreate the designs of the spire, outer walls and other parts of the current building as much as possible, using materials that meet the fireproof standards.

The current station has one platform for regular use, but the new building will have two. It will also feature a new exit near Meiji Shrine, in addition to the current Takeshita and Omotesando exits.