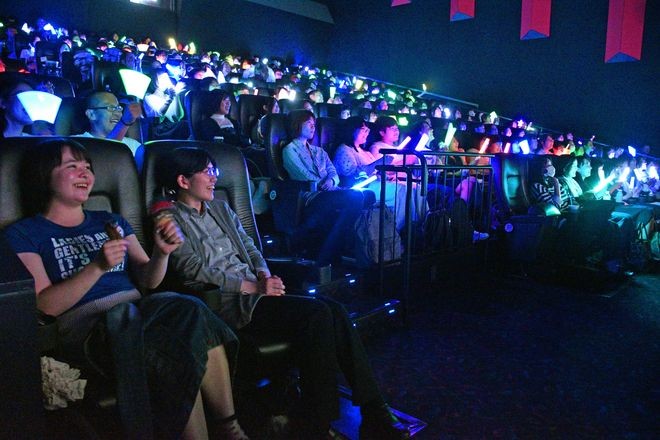 Audience members wave glow sticks at a special screening of “Detective Conan: The Fist of Blue Sapphire” at the Midland Square Cinema complex in Nagoya’s Nakamura Ward on May 30. (Asahi Shimbun file photo)

The new episode notched the highest ticket sales for a film in the series, three days after a 4-D version opened nationwide on Aug. 23.

The story centers on a confrontation between the gentleman thief Kaito Kid and Makoto Kyogoku, who appears in a film adaptation for the first time. The film is set in Singapore, which has generated a buzz among fans.

The film series has beaten its own box office records for seven consecutive years since “Detective Conan: Private Eye in the Distant Sea” was released in 2013.