Amazon to set up lockers at stores, train stations to reduce redelivery 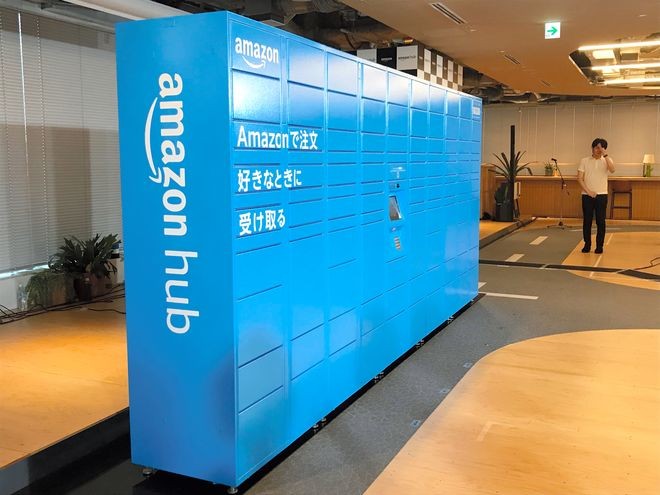 A newly installed Amazon Hub Locker can be accessed by using barcodes, in Tokyo’s Shinagawa Ward on Sept. 18 (Fumiko Kuribayashi)

Amazon Japan will launch a new service that allows customers to pick up their purchased goods from lockers set up at convenience stores and train stations.

The online retail giant aims to reduce the burden of redelivery with the move, it announced Sept. 18.

Under the "Amazon Hub Locker" service, Amazon Japan will team with FamilyMart Co., Odakyu Electric Railway Co. and other firms to set up the lockers, where Amazon customers can swipe barcodes sent by e-mail over reading machines to receive their goods.

Amazon Japan plans to offer another service called "Amazon Hub Counter," allowing customers to receive goods from not only convenience stores, but also other shops.

It will cooperate with massage therapy business "Re. Ra. Ku" and service provider "ecbo cloak" that connects people who want their baggage held to stores with space to keep them, including cafes.

It aims to set up the lockers and counters at a total of 200 locations mainly in Tokyo and Kanagawa Prefecture within this year. In 2020 or later, it will consider expansion across the country.

About 80 percent of delivery goods handled at FamilyMart counters are products bought on Amazon.