SUMO/ Takanofuji gives in to JSA urging, retires at 22 after 2 assaults 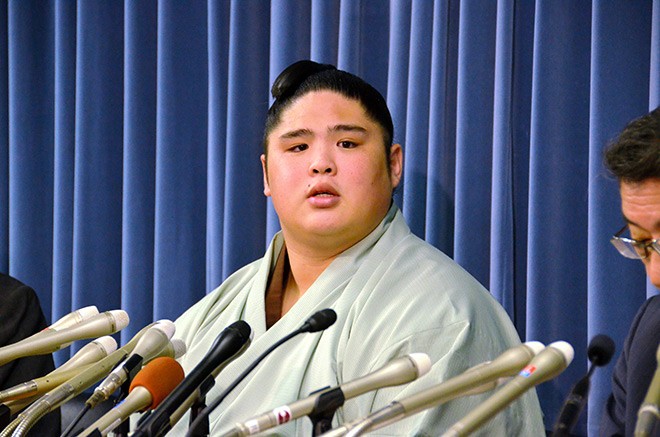 A junior sumo wrestler who was twice cautioned by the Japan Sumo Association for beating attendants submitted his retirement papers on Oct. 11, which included a parting shot at the JSA.

Takanofuji, 22, had initially resisted the recommendation from the JSA in late September that he voluntarily retire. He was in the second-highest juryo division at the time of his retirement.

But he finally submitted the document stating he would leave the sumo world and included an opinion paper in which he wrote, “I have become disenchanted with the future of the association. I am fatigued with having to deal with the association.”

The JSA accepted Takanofuji’s papers and will present him with severance pay. If he had resisted the recommendation, the association might have taken more stringent disciplinary action that would have meant he received no money from the JSA upon leaving.

The JSA board of directors made the recommendation that Takanofuji retire after he was found to have assaulted an attendant in August. The attendant consequently fled the Chiganoura stable because he could no longer take the abuse.

Takanofuji was earlier cautioned for a similar incident at the Spring Grand Sumo Tournament in Osaka in 2018.

A series of assaults directed at lower-ranked wrestlers led the JSA to establish a zero-tolerance policy for violence outside the dohyo in December 2018.

But in the wake of the latest incident, the JSA is expected to consider new measures to prevent a recurrence.