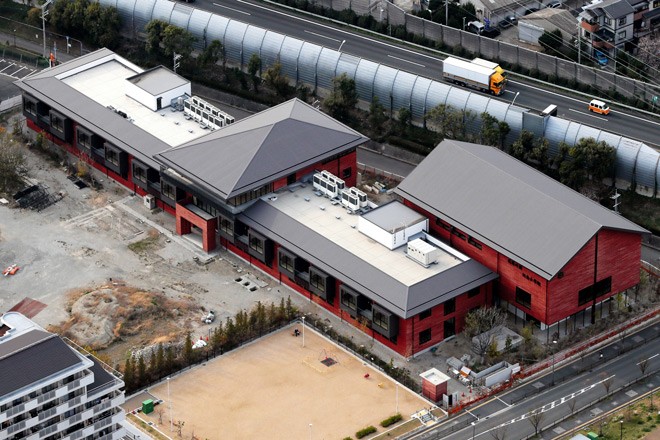 OSAKA--Prosecutors here have closed the case involving the dubious sale of state-owned land to the Moritomo Gakuen educational institution at a steep discount with no indictments handed down to any of the bureaucrats involved.

The Aug. 9 decision by the Osaka District Public Prosecutors Office comes in response to a March judgment by a prosecution inquest panel that an earlier failure to indict was "inappropriate." However, the Osaka first prosecution inquest committee, made up of 11 lay citizens, stopped short of judging that an indictment was called for.

The ruling of inappropriate action by Osaka prosecutors against 10 government bureaucrats, including Nobuhisa Sagawa, who once served as director-general of the Finance Ministry's Financial Bureau, forced prosecutors to review their case. But the second decision by prosecutors not to indict means the case is effectively closed.

If the prosecution inquest committee had ruled that an indictment was needed, a second decision by prosecutors not to indict would have led to the possibility of another panel reviewing the second decision. If it still found the case appropriate for prosecution, the individuals in question would have automatically been indicted by a court-appointed lawyer acting as the prosecutor.

Of the 10 bureaucrats who were involved in the review by prosecutors, four were named in a criminal complaint of suspected breach of trust for selling the state-owned land to Moritomo Gakuen at a steep discount. The other six, including Sagawa, were named in a criminal complaint alleging they had tampered with public documents to conceal the negotiations over the land sale.

In May 2018, Osaka prosecutors decided not to indict any of the 38 bureaucrats connected with the Moritomo Gakuen case. That led to the formation of the inquest panel in response to requests made by citizens, lawyers, scholars and others.

Prior to the sale of the land in Toyonaka, Osaka Prefecture, to Moritomo Gakuen, bureaucrats discounted the price by 820 million yen ($7.7 million) on the grounds that the amount would be needed to remove the buried garbage found on the site. The inquest panel pointed out that prosecutors should have continued a more thorough investigation to determine if the calculation of the cost of waste disposal was made objectively. It also ruled that there was "major significance" in handing down an indictment for an open court trial given the amount of public attention generated by the scandal.

The major point about the tampering of public documents was the removal of all references to Akie Abe, wife of Prime Minister Shinzo Abe. The former operator of Moritomo Gakuen often boasted about his close ties to Akie.

The prosecution inquest panel ruled that the deletions changed the contents that were certified in the original documents and added that the officials should not have discarded documents related to the negotiations between Moritomo Gakuen and the Finance Ministry because those records should have been deemed public documents. Discarding the documents constituted a violation of provisions against destroying public documents, the panel said.

The panel concluded that tampering and discarding officially approved documents "for whatever reason was, from the standpoint of ordinary citizens, outrageous."

In their second review of the case, prosecutors went over the documents related to the land sale and again questioned the bureaucrats involved. But the Aug. 9 decision means that prosecutors likely felt they did not have enough evidence to hand down indictments in the two instances and win guilty verdicts in court.

When prosecutors decided in May 2018 not to indict any of the 38 bureaucrats involved, they said about the breach of trust allegations that they could not find any intent on the part of bureaucrats to deliberately damage the state and ruled that the calculation of the cost to remove waste from the site was not inappropriate.

Regarding the tampering of public documents, prosecutors said such acts did not fundamentally alter the core nature of the transactions as described in the documents.

(This article was written by Chinami Tajika and Takuji Hosomi.)