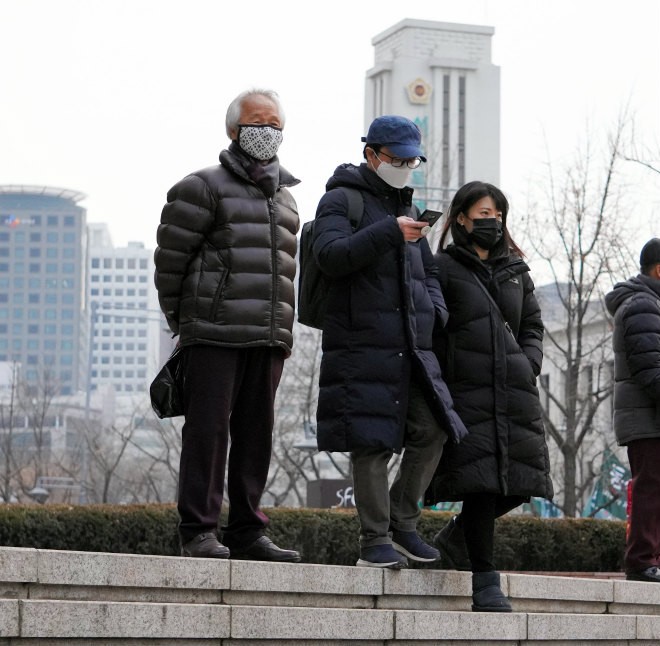 SEOUL--South Korea is launching a major offensive against smog-causing PM2.5, with about half the amount of the pollutant in its atmosphere originating from inside the country.

The government will invest 20 trillion won (about 1.85 trillion yen, or $17 billion) under the plan, seeking to reduce the average concentration of PM2.5 by more than 35 percent over the next five years.

The plan was drawn up based on a joint study spearheaded by South Korea from 2013 that looked into the spread of the pollutant across borders.

As about 30 percent of PM2.5 in the country blows in from China, it also plans to ask its neighbor to cooperate on such measures.

Under the plan, the government will help equip small businesses to curb harmful emissions; promote the purchase of eco-friendly alternatives to old-type diesel vehicles; install air cleaning equipment in subways and inspect air-conditioning systems at child- and elderly care facilities.

Air pollution in South Korea worsens between winter and early spring when it is buffeted by winds from China.

The results of the 2013-2017 joint study with Japan and China showed that in major South Korean cities, 51 percent of the pollutant originated from the country itself, while 32 percent came from China in 2017.

Kim Cheol-hee, a professor of Busan National University who led the study, said: “The reported figures are the average of the entire year, as summer was included at China's request. If the period was only from winter to spring, the influence from China's would be shown to be much greater."

During his New Year's address on Jan. 7, South Korean President Moon Jae-in said, "I will ensure that the air in the atmosphere is greatly improved."

In 2016, the annual average level of PM2.5 in the country was 26 micrograms per cubic meter, about twice that of Japan. Under the plan, the government seeks to reduce it by more than 35 percent by 2024.

A source in South Korea's Ministry of Foreign Affairs said: "Air pollution is a common concern in this part of the world. We need to move forward on cooperating with China and Japan."