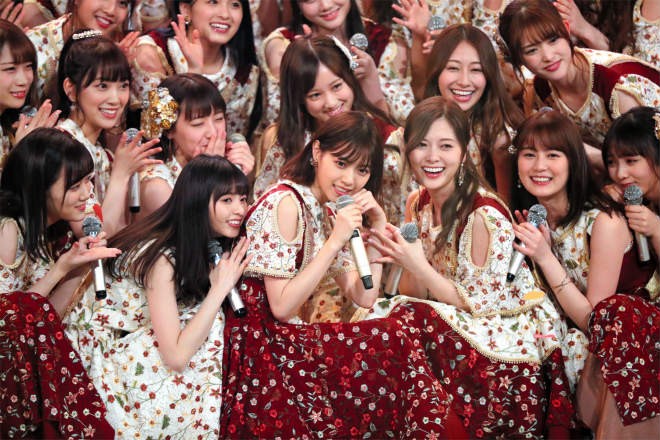 The coming-of-age manga series "Keep Your Hands Off Eizouken!" will be adapted into a live-action feature film scheduled for release in early summer.

The story centers around three members of a high school film club (“eizouken” for short) who are aspiring to become animation creators.

The three main characters will be played by members of all-girl idol group Nogizaka 46.

Midori Asakusa, an oddball whose mantra is “Anime is all about its setting,” will be played by Asuka Saito.

Tsubame Mizusaki, a popular amateur model who wants to become an animator to express herself despite opposition from her actor parents, will be portrayed by Mizuki Yamashita.

Sayaka Kanamori, a producer type who brings their talent together, controls them and cashes in on them, will be performed by Minami Umezawa.

The film is directed by Tsutomu Hanabusa, whose works include a live-action feature film adaptation of “No Longer Heroine” and the live-action “Kakegurui” TV show, which is also based on a manga.

An animated TV series adaptation of Owara’s manga that premiered in January was directed by Masaaki Yuasa, known for many hits, such the film “Night is Short, Walk on Girl” and the TV series “Ping Pong: The Animation.”

For more information, visit the official website at (https://eizouken-saikyo.com/).

Trump says Pompeo will witness signing of deal with Taliban