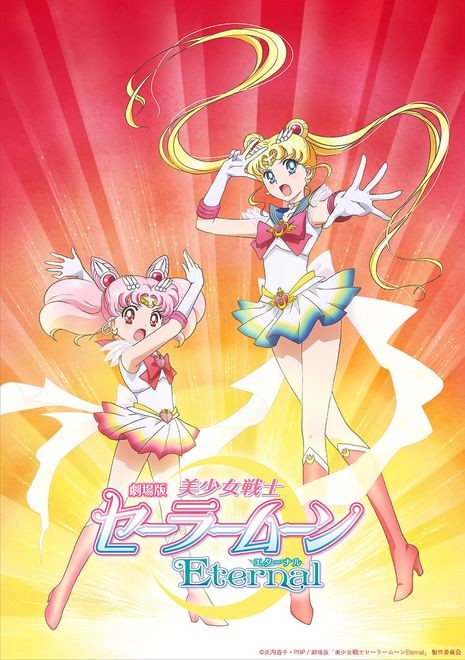 The first of the two-part "Pretty Guardians Sailor Moon Eternal" movie is slated to hit theaters later this year.

The release on Sept. 11 will mark 25 years since the last film from the franchise, "Sailor Moon SuperS the Movie," which came out in 1995.

The latest offering serves as the fourth season of the "Sailor Moon Crystal" animated series, covering the "Dead Moon" plot arc. The story begins when a Pegasus named Helios suddenly appears before Usagi Tsukino and Chibi-Usa on the day of the largest total solar eclipse of the century, seeking help. The movie portrays one of the most popular story arcs in the franchise, featuring a puppy love between Chibi-Usa and Helios and the growth of the Sailor Guardians.

The film is directed by Chiaki Kon, who also handled the third season of the “Sailor Moon Crystal” series covering the “Death Busters” arc.

The original manga creator, Naoko Takeuchi, serves as supervisor for the film.
For more information about the franchise, visit the official website at (http://sailormoon-official.com/).