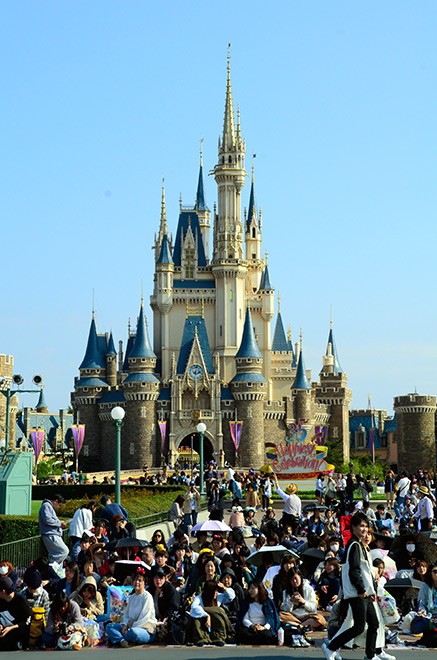 Junior high and high school students will have to shell out 6,900 yen for the single-day entry pass, up 400 yen.

Fees for young children and elementary school pupils aged 4 and up remain the same as before at 4,900 yen.

Visitors can avoid being dinged by the new prices if they buy advance tickets before the end of March, which will still be honored in and after April.

Annual passports allowing admission to the two theme parks will be hiked to 99,000 yen, up 8,000 yen, for adults as well as junior high and high school students.

The price increases are the first at the theme parks in Urayasu, Chiba Prefecture, since Japan's nationwide consumption tax hike to 10 percent in October last year.

A Tokyo Disney Resort spokesperson said the added revenue will be used to boost the experience of park-goers and improve the facilities.

Oriental Land also said the opening of its new Fantasy Springs area in Tokyo DisneySea would be delayed from the last half of fiscal 2022 to fiscal 2023, as some details of the plan require more time to iron out.

The park operator said it would still stick to its 250 billion yen budget for the project.

The area, which will include an attraction tied to the Disney blockbuster movie “Frozen,” is planned to be created by expanding Tokyo DisneySea by 140,000 square meters.