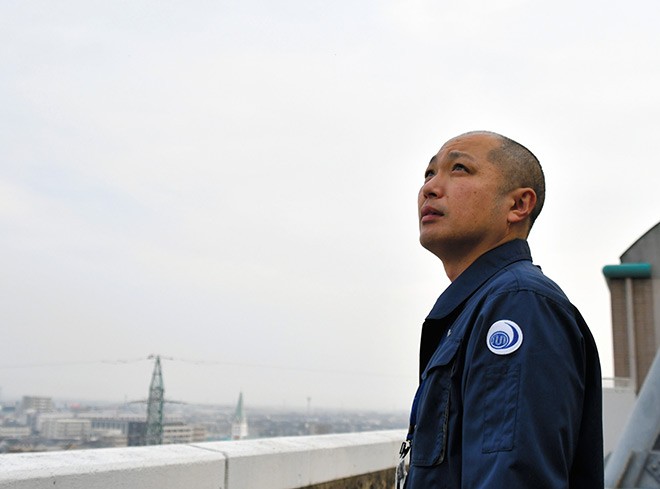 An official at the Saga local meteorological observatory makes the final visual observation of weather conditions in Saga on Feb. 3. (The Asahi Shimbun)

As one who suffers from a pollen allergy, I begin to brace myself for the misery to come in early February.

To get an idea of when the year's allergy season will start, I understand that one method is to tally the maximum temperature of every single day since Jan. 1. When the total exceeds 400 degrees, that is supposed to be the “danger signal.”

Out of curiosity, I added up the temperatures in central Tokyo up to yesterday, and got 397 degrees.

That perhaps explains why my nose has started itching a bit, somewhat earlier than usual. One concern this year is that face masks are in short supply because of the coronavirus scare.

There are many old sayings about how to predict the weather from natural phenomena. “Red sky at sunset is followed by a clear day” is well known, and so is “Rain will come when swallows fly low.”

We’ve been hearing these less and less of late, probably because of improved accuracy in weather forecasts.

This month, many local meteorological observatories switched from visual observation to high-tech observation. The reason is that advances in satellite and radar technology ensure greater accuracy than anything the human eye is capable of.

This switch is accompanied by the discontinuation of recording finer weather conditions, such as “kaisei” (cloudless) and “usugumori” (slightly cloudy), based on human visual observation. They are now simply listed under standard conditions, such as “hare” (sunny) and “kumori” (cloudy).

It appears that subtly nuanced expressions based on visual observation are no longer considered relevant.

This saddens me because I am familiar with a variety of expressions that denote weather conditions.

Around this season, “to-un,” which translates literally as “frozen cloud,” describes a sky from which snow appears ready to start falling.

Gazing at the clouds, or just sneezing, is an act that enables us to reaffirm our presence in the middle of seasonal transition.