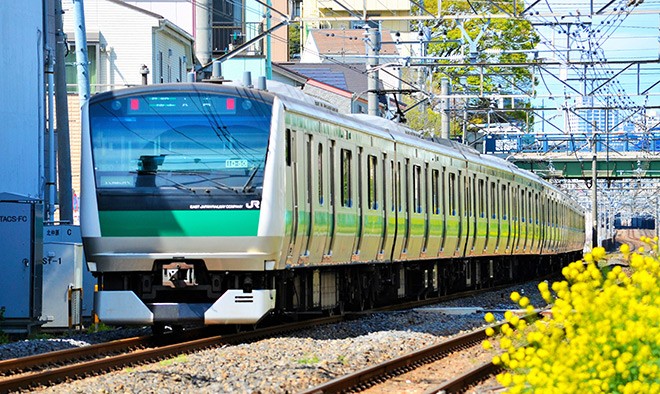 East Japan Railway Co. (JR East) is developing a smartphone app that allows groping victims to immediately alert the train conductor, seek help from other passengers and spread information about the perpetrator.

Trial operations of the app are scheduled to start this month on the Saikyo Line, an often-crowded route notorious for the “chikan” (groper) scourge.

Under the new system, users enter their routes, destinations, car numbers, locations within trains and other data on the dedicated app.

If they feel unwanted touching or other perversions, they can tap the “report to staff” button on the screen. The information is then sent to the tablet device of the train conductor.

The conductor will then announce to all passengers: “A report about a nuisance on the train has come in.” The announcement may also specify the number of the car in which the individual was molested.

Such reports will be shared with staff of nearby stations who can enter the cars and stop or apprehend the chikan.

A feature on the app can be used to ask for help from surrounding passengers who have also downloaded the program, according to JR East.

Although an “SOS button” is already available on trains to allow passengers to contact the conductor in emergencies, a JR East official said the app will be much easier to use.

“We have received complaints from victims who argue that pushing the button or raising their voices is difficult,” the official said. “The app will enable those people to easily make reports just by manipulating their smartphones.”

In the first stage of the trial run, JR East employees and registered passengers will examine the app’s usability and passengers’ responses to the conductor’s announcements.

In the second stage that is to start in June, the conductor will simulate gaining cooperation from staff of nearby stations and reporting to police to deal with such groping incidents while registered passengers use the app.

JR East said it plans to introduce the system on a wide range of routes other than the Saikyo Line.