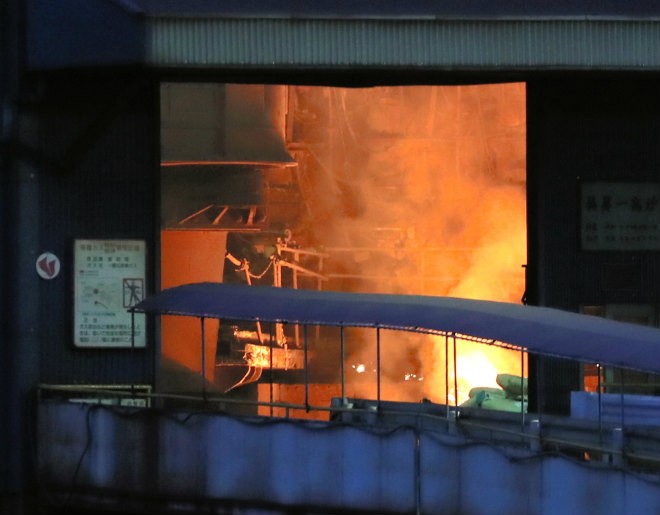 Operations at the blast furnaces of the Kure Works of Nippon Steel Corp. will end by September 2021. (Koichi Ueda)

Japan’s largest steelmaker on Feb. 7 announced drastic cost-cutting measures, including closure of an entire steel works, after it forecast its biggest-ever net loss of 440 billion yen ($4 billion) for the fiscal year that ends in March.

Nippon Steel Corp. said it will shut two blast furnaces at the Kure Works of its subsidiary Nippon Steel Nisshin Co. as well as all other operations at the facility, including processing of steel products, by the end of September 2023.

About 3,000 steelworkers are employed at the Kure Works in Hiroshima Prefecture. Nippon Steel executives pledged to reassign those workers without seeking early retirement.

The company drastically revised downward its financial performance estimate for the fiscal year that ends next month due to losses stemming from writing off related steel facilities. It previously estimated a net profit of 40 billion yen for the fiscal year.

In the fiscal year that ended in March 2019, the company recorded a net profit of 251.1 billion yen.

In addition to the Kure Works, one of the two blast furnaces at the Wakayama Works will be shut down by the end of September 2022.

The moves reflect a global glut in steel production and the fact that blast furnaces operated by Nippon Steel have passed their operating lifespans.

The closures will reduce steel production by about 10 percent. The company said it expected to improve profitability by about 100 billion yen in fiscal 2021.

Nippon Steel's dire prospects reflect shifts in global trading patterns. Its biggest customers in the past were automakers and shipbuilders. Auto exports have been hurt by protectionist measures in the United States while cheaper Chinese and South Korean shipbuilding operations have also cut into Japanese company profit margins.

Steel is also a vital component for the construction industry, but as all major projects planned for the Tokyo Olympics this summer have all but been completed, demand for steel has plummeted.

(This article was compiled from reports by Kentaro Uechi and Eisuke Eguchi.)