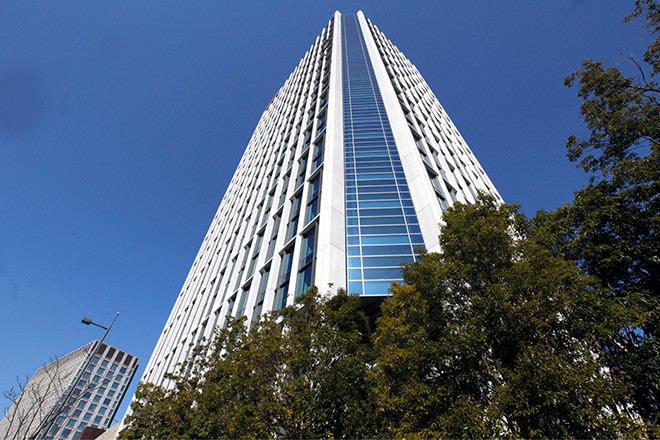 The Fair Trade Commission searched Rakuten Inc.'s head office in Tokyo on Feb. 10 over suspicions the online giant’s proposed new free shipping policy will put it in breach of the Anti-Monopoly Law.

Rakuten has pledged from March 18 to start free shipping on all orders of 3,980 yen ($36) or more, including tax, with the exception of shipments from Okinawa Prefecture or remote islands.

Since Rakuten will not shoulder actual shipping costs, the policy is expected to put a considerable and one-sided strain on sellers. From this viewpoint, the company may be "abusing its dominant bargaining position,” the FTC said.

The antitrust watchdog body is expected to move speedily in its investigation and take action against Rakuten, which is based in Tokyo’s Setagaya Ward, by the March 18 deadline.

Rakuten contends that free shipping will bolster new customers and benefit sellers in the long run. For this reason, it argues that proposal is not illegal.

In response to an FTC warning last year that the proposed policy could violate the law, Hiroshi Mikitani, the company’s chairman and CEO, said, “We will follow through (on free shipping) at any cost, even if we face off against the government and the FTC.”

The FTC concluded there was little possibility of Rakuten drastically reviewing or cancelling the plan. It is empowered to punish a business if it refuses to submit requested documents without justifiable cause during an on-site inspection.

FTC investigators plan to speak to small retailers that depend on Rakuten's platform for sales to get their side of the story.

If Rakuten's plan is deemed illegal, the FTC will issue a cease and desist order or an order for payment of surcharge against the company.

In the event that process becomes prolonged for any reason, the FTC can file a claim in court requesting an urgent suspension of the free shipping plan.