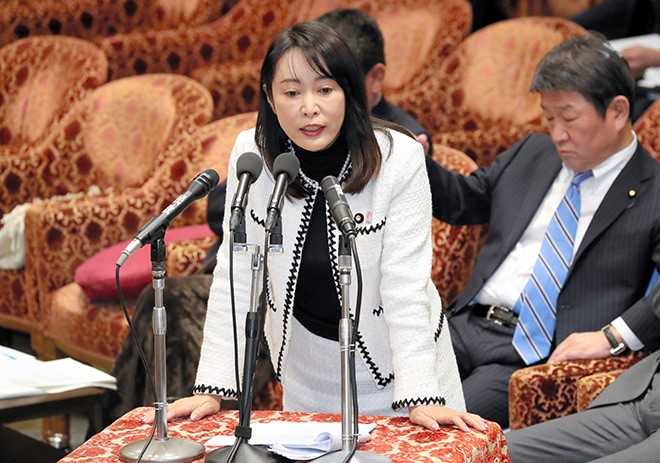 The opposition bloc blasted as “illegal” the government’s decision to extend the mandatory retirement age of a public prosecutor who is known for his close ties with the Abe administration.

Hiromu Kurokawa, the head of the Tokyo High Public Prosecutors Office, was supposed to have retired on Feb. 7, the day before his 63rd birthday.

But the Cabinet on Jan. 31 approved the government’s decision to push back his retirement by six months.

It would be the first such extension for any public prosecutor.

Opposition party politicians are speculating that the government extended the retirement age for Kurokawa so that a close ally to the Abe administration could be promoted to the powerful top post of the Supreme Public Prosecutors Office.

The current chief of the Supreme Public Prosecutors Office is expected to retire in August, if he follows the practice of staying two years in the post.

Justice Minister Masako Mori has repeatedly said the extension is legal, citing a clause under the national public service law, which states that the mandatory retirement of central government employees can be delayed under certain circumstances.

But Shiori Yamao, a lawmaker with the main opposition Constitutional Democratic Party of Japan (CDP), said the government’s position in 1981 concerning the same law actually shows the delay in Kurokawa’s retirement is illegal.

At a session of the Lower House Budget Committee on Feb. 10, Yamao cited the words made 39 years ago by the chief of the recruitment bureau of the National Personnel Authority at a Lower House Cabinet Committee meeting.

At that time, lawmakers were debating a bill to revise the national public service law to extend the retirement age for central government employees.

The recruitment bureau chief said the revised law would not apply to public prosecutors and professors at national universities whose retirement ages were already set under separate laws, according to minutes of the meeting.

“Those whose retirement age is set under a different law are not covered by the revised legislation,” Yamao quoted the official as saying. “The new retirement system will not be applied (to them).”

Yamao demanded that the government scrutinize whether the special arrangement for Kurokawa can be legally justified.

Although Mori said she was not familiar with the minutes of the 1981 meeting, she continued to defend the government’s decision.

“Our understanding is that the national public service law can be applied” in Kurokawa’s case, she said.

Yamao rejected that argument, saying, “The public will not be convinced of the government’s explanation when the justice minister cannot even confirm the purpose of the revision bill.”

Yukio Edano, leader of the CDP, has also criticized the decision to delay Kurokawa’s retirement.

“The prime minister’s office is interfering with a government organization that can arrest the prime minister,” Edano said to reporters on Feb. 2. “It is an act of destruction for a nation ruled by law.”