2020 Olympic athletes to get special lanes to travel in Tokyo 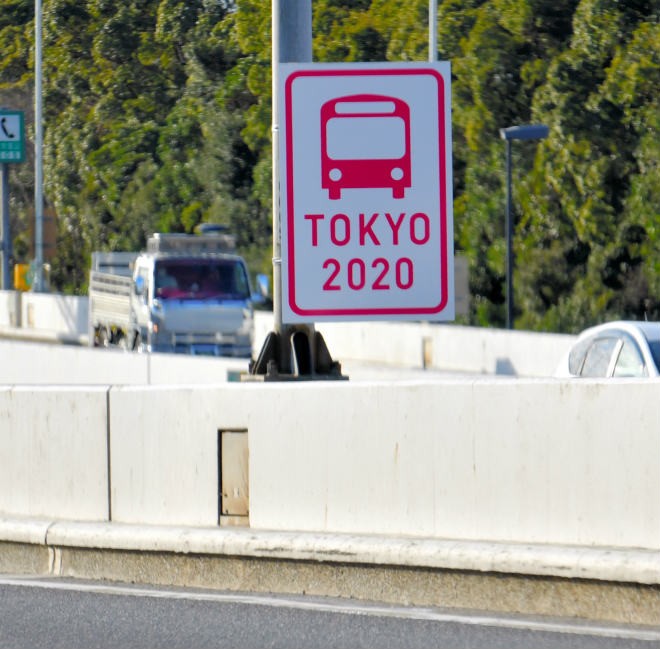 A Tokyo 2020 sign along the Metropolitan Expressway Bayshore Route indicates the lane is reserved for vehicles carrying athletes and officials during this summer's Olympics and Paralympics. Photo taken Feb. 7 in Tokyo’s Ota Ward (Takuya Isayama)

Wannabe race car drivers may be tempted to use new Tokyo 2020 lanes being established on streets and highways in the traffic-congested capital.

But the lanes, identified with a bus icon and Tokyo 2020 in pink, are strictly for vehicles that will ferry Olympic and Paralympic athletes and officials connected to this summer's sports extravaganza around the city.

The first signs that will mark the Olympic route network through the capital went up on Feb. 7 on Tokyo's Metropolitan Expressway.

The signs will be installed at intervals of 600 meters to 1 kilometer along the route. A total of 500 signs are expected to be set up on the expressway by the end of March.

The Tokyo 2020 lane signs, which will be combined with road surface marking signs, will also be introduced on local roads from April.

The Olympic route network stretches over more than 1,300 kilometers along ordinary roads and expressways across Japan. Sections 4.3 km and 19.8 km will be marked with the Tokyo 2020 signs for exclusive or preferential use.

The surface of the roads along local streets around certain sports venues will be marked with solid pink lines and dashes.