Kanagawa woman dies after being infected with coronavirus 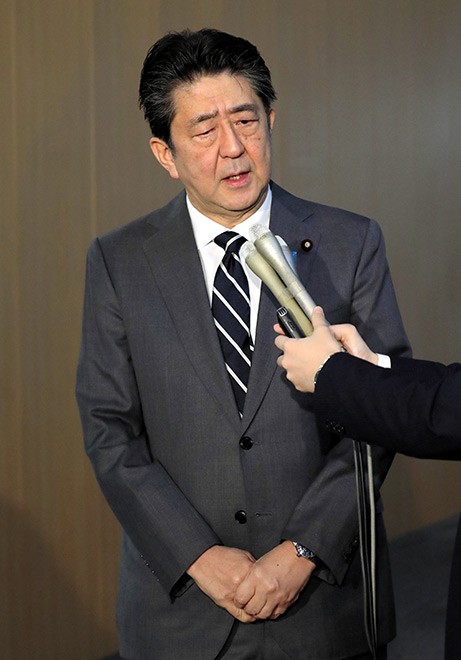 Government officials reported the first coronavirus-related death in Japan on Feb. 13 as well as disturbing new infection cases around the country and emergency measures to contain the spread of the disease.

Some of the infected individuals have never visited the Chinese city of Wuhan, the epicenter of the coronavirus epidemic, and apparently did not come into contact with patients with pneumonia caused by the pathogen, government officials said.

The health ministry said a woman in her 80s in Kanagawa Prefecture tested positive for the coronavirus after her death on Feb. 13. She was related to a taxi driver in his 70s in Tokyo who was also confirmed to have been infected with the virus.

The woman began feeling lethargic on Jan. 22 and saw a doctor on Jan. 28 after her symptoms worsened, ministry officials said.

However, she was not hospitalized until Feb. 1, when she was diagnosed with pneumonia and entered a different medical institution, they said.

Although she was given antibiotics, her condition failed to improve, and she was transferred to another hospital on Feb. 6.

When her health further worsened on Feb. 12, another test was administered, but she died the following day. The test result showed that she had been infected with the coronavirus.

The officials said they were still trying to determine if her death was caused by the coronavirus or if she had pre-existing conditions.

The taxi driver has been taking medicine at home and has not worked since Jan. 29, when he developed a fever, sources said.

If the coronavirus is determined as the cause of death, the Kanagawa woman would be the first Japanese confirmed to have died of the disease. A Japanese man living in Wuhan died after showing serious symptoms of pneumonia. However, Chinese officials have been unable to confirm whether he was actually infected with the new coronavirus.

In Wakayama Prefecture, a surgeon in his 50s working at Saiseikai Arida Hospital was listed in stable condition after testing positive for the coronavirus, prefectural government officials said.

Although the surgeon had developed a fever and felt lethargic on Jan. 31, he continued to work between Feb. 3 and 5 after taking medicine.

On Feb. 5, he had a slight fever and diarrhea.

He was diagnosed with pneumonia on Feb. 8 and later hospitalized, leading to the test that confirmed the coronavirus infection.

One of them, a man in his 70s who had entered the hospital, was in serious condition after the infection was confirmed on Feb. 14.

An official with Saiseikai Arida Hospital said the man was probably not infected within the hospital because he had no contact with the surgeon.

The man, who lived by himself, felt nauseous on Feb. 1 and developed a fever on Feb. 5. He went to a clinic in his neighborhood the following day before entering Saiseikai Arida Hospital.

After his symptoms worsened, he was transferred to another hospital on Feb. 13.

Hospital officials said another doctor as well as two other patients who are showing symptoms were being tested for the virus.

In Chiba Prefecture, a man in his 20s was also confirmed to have the coronavirus. He did not travel abroad in the two weeks before he developed the symptoms nor did he have any contact with pneumonia patients, health officials said.

The government on Feb. 13 earmarked about 15.3 billion yen ($139 million) for the first package of measures to deal with the spreading coronavirus. The measures will be mainly devoted to strengthening quarantine and testing for the virus.

One step will allow for a fourfold increase in testing samples to confirm if an individual has the coronavirus.