VOX POPULI: Hard to imagine living without familiar 'pee-po' of an ambulance 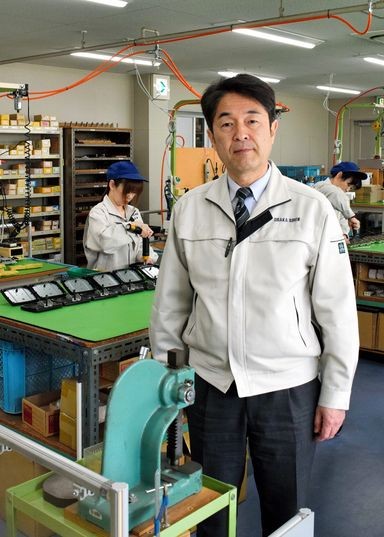 Ask any Japanese today what an ambulance siren sounds like, and "pee-po" would be their answer.

Until 50 years ago, however, all ambulances, fire engines and police cars in Japan made the same "woo woo" sound.

Back then, people who heard the wailing of an ambulance would often call their local fire station to inquire, assuming a fire had broken out nearby. And volunteer firefighters even readied themselves for an emergency dispatch.

"These people needed to be able to tell the difference between an ambulance siren and that of other emergency vehicles, and so the ambulance got its own distinctive siren," explained Mikinori Ueoka, 60, president of Osaka Siren Co. that developed the "pee-po" sound.

Based in the city of Kyotanabe in Kyoto Prefecture, the company still ships 2,000 to 3,000 siren units per year.

Ueoka's predecessor came up with the new sound, based on a trumpet-like sound he had heard during an inspection tour in France.

After a trial period, the central government in 1970 instructed all prefectural governments to switch to the new siren.

The ambulance siren has evolved considerably over the last half-century.

As more cars today have hermetically sealed windows, drivers do not hear the siren. To solve this problem, the old "woo-woo" siren was revived, so that this can be sounded simultaneously with "pee-po."

And because many people become anxious when a siren stops abruptly in their neighborhood, the latest siren units come with a gradual volume-reduction function.

Also, in response to the wishes of local governments to make ambulances more "courteous" to the public, there now are siren units that "talk": They are programmed to say "Thank you for your cooperation" to drivers who yield to ambulances--not only in Japanese, but also in English, Chinese and Korean, due to the growing number of foreign visitors.

The history of the ambulance siren certainly reflects each era.

Trying to imagine the future, I suppose there will no need for sirens if car navigation systems can alert drivers of an approaching ambulance. In fact, the siren itself should be redundant once self-driving cars become the norm.

Still, the "pee-po" sound has become so familiar over the past 50 years, it's not easy to imagine a future without it.