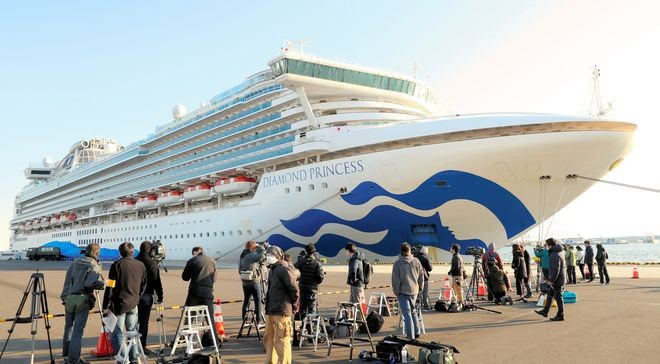 The U.S. State Department will evacuate some American citizens and their families aboard the Diamond Princess cruise ship, the biggest cluster of coronavirus infections outside China, the Wall Street Journal reported on Friday.

About 380 people will be offered seats on two evacuation flights from Japan back to the United States, the Journal said, citing an official of the U.S. Centers for Disease Control and Prevention (CDC).

The evacuees will arrive in the United States as early as Sunday, the newspaper said, citing Henry Walke, director of the CDC's Division of Preparedness and Emerging Infections.

The Diamond Princess cruise ship, owned by Carnival Corp., has been quarantined since arriving in Yokohama, Japan, on Feb. 3, with 3,500 passengers and crew on board, of whom 218 have tested positive for the coronavirus infection.

The liner was quarantined in Yokohama after a man who disembarked in Hong Kong before it travelled to Japan was diagnosed with the virus.

Those who have tested positive for the virus have been taken off the ship to hospital.