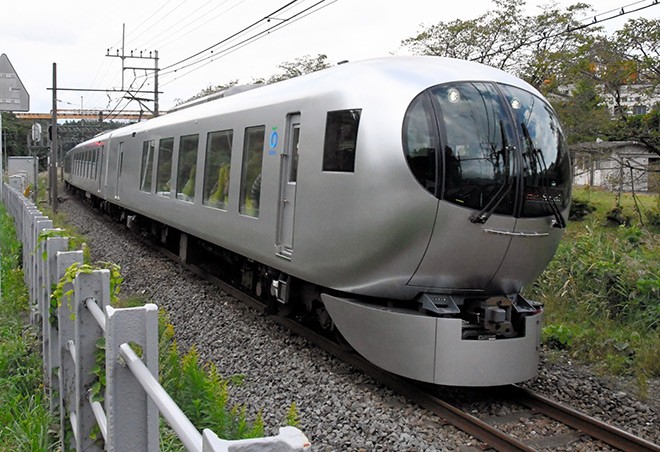 Sporting a cigar-shaped body and spherical head with large side windows, the new Laview limited express train, operated by Seibu Railway Co., has wowed an international team of industrial designers.

The new type of limited express train has received the iF Design Award 2020, the first railway vehicle in Japan in 13 years to do so.

“We asked an architect to do the design of a vehicle that ‘fits in with the landscape’ and ‘has never been seen before,'" said an official of Seibu Railway, headquartered in Tokorozawa, Saitama Prefecture.

The iF Design Award has been awarded for industrial products around the world. The organization, primarily consisting of industrial designers working in Germany, hosted the contest, which has more than a 50-year history.

This year, there were a total of 7,298 entries from 56 countries and regions. The Laview received the top product design among the seven award categories.

On the Laview, the windows descend to the height of passengers’ feet, which is the first design of its type in Japan. The vehicle body is plain silver in appearance.

The railway company aimed to make a vehicle that “passengers wanted to get on board” rather than just travel at a high speed.

The Laview has been operating between Ikebukuro Station in Tokyo and Seibu-Chichibu Station in Saitama Prefecture on the Seibu Line since last March.

With the train timetable to be revised on March 14, the company plans to replace all its limited express trains with the Laview on the same route.