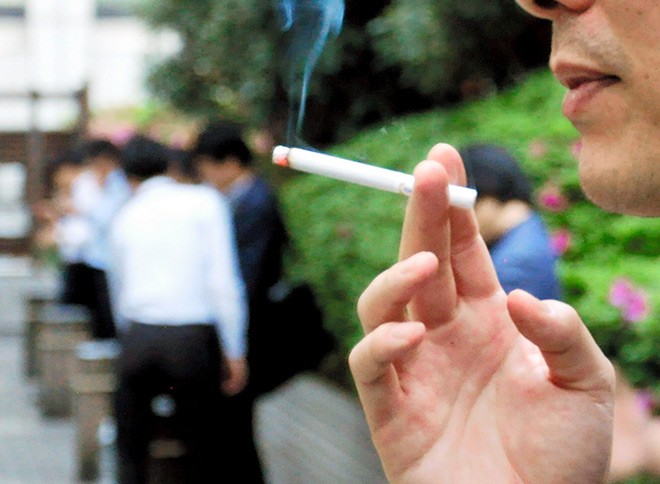 Men are nearly three times more likely to die from COVID-19 infections than women, according to a study, and some health experts say the gap may be related to the high rate of smoking among males in China.

“If you looked at any infectious lower respiratory pathogen, I think it tends to obviously affect people in their older age and certainly those with chronic obstructive pulmonary disease,” Michael Ryan, executive director of World Health Organization’s Health Emergencies Programme, said at a news conference in Geneva on Feb. 14.

“So it goes without saying that smoking is a risk factor for severity of any lower respiratory tract infection, and we would expect it to be no different here,” he said.

According to a 2010 nationwide survey of smoking in China, 54 percent of men smoked regularly, while 2.6 percent of women did so.

Although Ryan said that connecting smoking rates with the coronavirus death rates among men and women is “an excellent hypothesis,” he noted that the link is still unproven.

“But I’m sure through the studies and the observations that are happening, there will be a lot of interest to look at smoking as a risk factor, and I think it should be relatively straightforward to establish the science on that,” he said.

Since the outbreak of COVID-19 in China, a research team, including scientists from the University of Florida and Peking University, has analyzed clinical and epidemiological characteristics of the disease based on 8,866 confirmed and suspected cases in China until Jan. 26.

Nearly half of the patients studied were at the age of 50 or older.

The findings were posted on Feb. 11 on medRxiv, an online archive and distribution server for preliminary reports in medical, clinical and related health sciences that have not been peer-reviewed.

The research findings did not mention the smoking habits of the patients, nor did it examine possible contributing factors for the difference in the fatality rates.

Ryan was asked by a reporter about whether smokers were more at risk of developing severe coronavirus symptoms than nonsmokers.

“They (smokers) are at very high risk of negative consequences of viral infection and particularly secondary bacterial pneumonia and other things,” Ryan said.

Ryan was not the only health expert who has raised the possibility that smoking heightens the health dangers in patients after they come down with pneumonia caused by the coronavirus.

Patients with cardiac diseases or diabetes are believed to be more likely to develop severe symptoms when they are infected with the COVID-19.

It has also been established that smoking raises the chances of developing cardiac diseases and diabetes.

“It is well known that smoking increases the risk of dying from common pneumonia,” said Kazunori Tomono, a professor at Osaka University who specializes in infection control and prevention. “It would be little wonder if smoking has something to do with the aggravation of COVID-19.”

In Taiwan, anger at China over virus drives identity debate