EDITORIAL: Japan is adding to climate crisis by continuing to burn coal 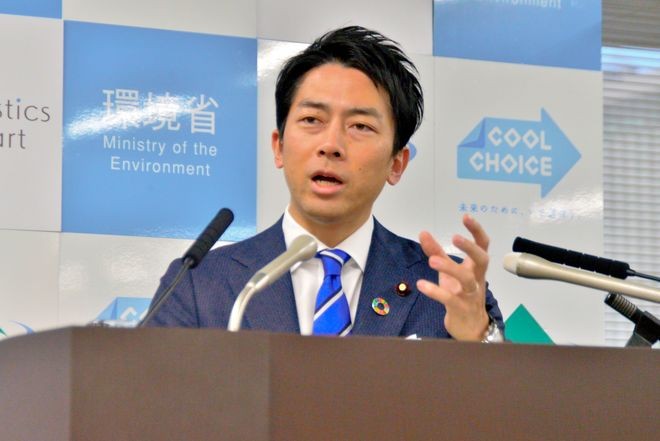 What is Japan thinking with its plan to export coal-fired power plant technology, a known cause of greenhouse gas emissions, when the world is in the grip of a growing climate crisis?

The issue has come up for frequent discussion since Environment Minister Shinjiro Koizumi last month announced his intention to review the process of using public funds for Japanese projects like this overseas.

At issue is the Vung Ang 2 coal-fired power generation project in Vietnam. An affiliate of Mitsubishi Corp. plans to invest heavily in the project, and the Japan Bank for International Cooperation (JBIC) is considering extending a hefty loan.

However, Chinese and U.S. corporations are being awarded the construction contract, and this is Koizumi's reason for challenging the project as "not quite right." He has indicated his intent to examine other projects as well.

His purpose, clearly, is not to push for Japanese businesses to land the contract.

Extreme weather episodes and damaging natural disasters are occurring everywhere. To avert a further escalation, the global rise in temperature since the Industrial Revolution must be limited to 1.5 degrees in accordance with the Paris Agreement on climate change. And for that, carbon dioxide emissions must be brought down to zero by 2050.

Even state-of-the-art coal-burning power plants produce twice as much CO2 as natural gas-burning thermal power plants. For this reason, more countries in Europe and elsewhere are now aiming to terminate coal-fired plant operations during the 2020s and 2030s.

Japan is the only Group of Seven nation that still plans to construct new coal-burning power plants around the nation, for which it is drawing international criticism.

And fueling that criticism is Japan's involvement in numerous new coal-fired plant projects in Southeast Asia and elsewhere through exports and loans. But Prime Minister Shinzo Abe remains set in his export policy that is based on four conditions, one of which is that the exports must be sought by the importing nations, and only high-efficiency, state-of-the-art plants are exported.

"But CO2 emissions from high-efficiency models are only a few percentage points less than those from conventional models," the Tokyo-based Renewable Energy Institute pointed out in a report earlier this month.

In other words, even those advanced new models' lower emissions will generate a considerable volume of emissions during 40 years of operation. As such, they are at odds with the Paris Agreement's goal of carbon neutrality by 2050.

The argument can be made that even if Japan stops exporting, Chinese corporations and others will simply fill the vacuum. But even if that may be so, we still believe that Japan should withdraw from the export market and urge other countries to follow suit.

The Abe administration envisions infrastructure exports worth 30 trillion yen ($272.6 billion), of which coal-fired power plant projects, including those funded with private investments, account for less than 2 percent, according to the Renewable Energy Institute. For Japan, the smallness of that percentage is simply not worth it being criticized for "dragging its feet on achieving a zero carbon footprint."

Japan needs to expand its use of renewable energy at home and export its knowhow to developing countries. That is precisely the sort of aid--not conducive to perpetuating the climate crisis--that is expected from Japan.