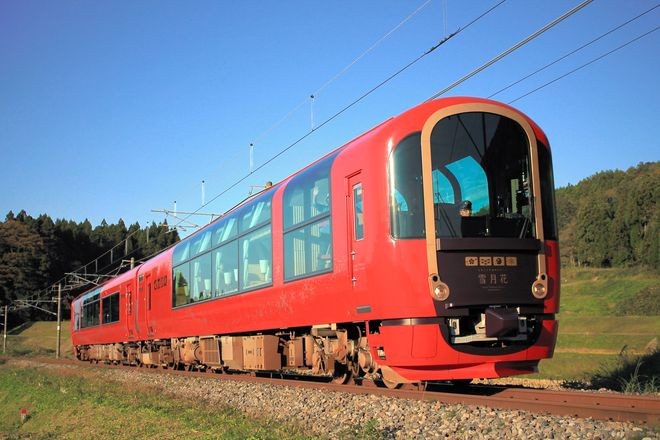 If passengers prefer, a Japanese-style bento, made by a well-established traditional Japanese restaurant in Itoigawa, is also on hand.

Passengers can take photos in the driver's cab when the train is not in motion.

Echigo Tokimeki Railway Co. will offer discounts for children in grade school or younger from March 7-29.

The train only runs twice a day, in the morning and afternoon on Saturdays, Sundays and holidays, for a maximum of 37 passengers per trip.

But the spring discount drops the ticket price for kids in sixth grade or younger to 10,000 yen.

Tickets for children up to 6 years of age that don't include meal service are 6,000 yen.

Kids must be accompanied by adults, who must pay the regular fare.

Infants 1 year or younger can also get on the train, but adults must carry them in their arms.

The company decided to offer the discount for the first time during the spring holidays due to the positive response to perks Echigo Tokimeki Railway introduced during the summer vacation in 2018 and 2019.

The Setsugekka will be suspended from all operations, including regular and charter services, for a regular checkup between July 13 and Sept. 18, the company also announced.

For reservations, call 025-543-8988. For more information, go to the exclusive website at (https://www.echigo-tokimeki.co.jp/setsugekka/leaflet.html).