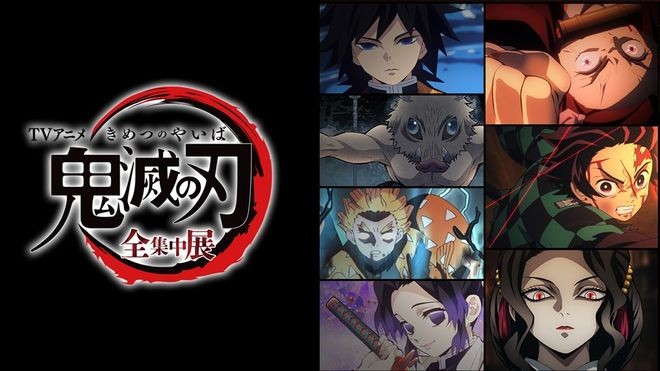 The first exhibition themed on the “Demon Slayer: Kimetsu no Yaiba” animated TV series will kick off at the Matsuya Ginza department store in Tokyo on March 20.

The art event will feature an immersive exhibit and other materials on the history of the battles between “oni” demons and the Demon Slayer Corps.

The anime is based on a manga of the same name currently running in the Weekly Shonen Jump comic anthology, which boasts more than 40 million copies in print.

Set in the Taisho Era (1912-1926), the manga centers around Tanjiro Kamado, whose family was killed by a demon and whose younger sister has turned into an oni. He battles demons while searching for a way to make his sister human again.

The exhibition will look back on the anime’s first season to show how Tanjiro finds his purpose in life. The show also introduces an animated feature film adaptation focusing on the “Infinity Train” arc that will hit cinemas later this year.

Visitors to the event can use a large screen to gain an immersive experience of various breathing techniques performed at Mount Natagumo in the story.

The exhibition will run until April 7 on the eighth floor of the department store before moving to other venues across the country.

For more information, visit the official website at (https://kimetsu.com/zenshuchuten/).