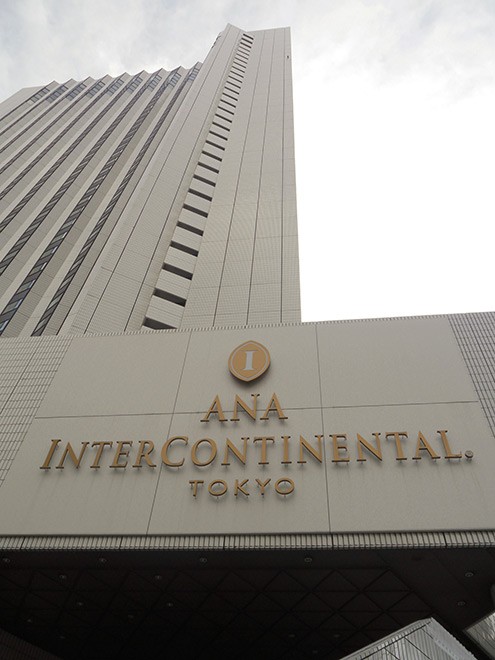 “ANA InterContinental Tokyo had been responding to our inquiries, but it has suddenly stopped doing so,” Masato Imai, a member of the opposition bloc, said at the Feb. 20 session of the Lower House Budget Committee. “It would constitute undue pressure if the hotel is no longer replying because it was told not to respond by the ruling party.”

Dinner parties for Abe’s supporters were held at ANA InterContinental Tokyo on the eve of annual cherry blossom viewing gatherings funded with taxpayer money. Abe has been criticized as using the sakura parties to wine and dine supporters of the prime minister and other LDP bigwigs.

If Abe’s support group organized the dinner receptions at the hotel, it may have violated the Political Fund Control Law by not reporting expenditures or revenue from those events.

Abe has explained that such reports were unnecessary because the support group was not directly involved in the planning, it never received an invoice related to the receptions, and the guests paid the fees directly to the hotel.

But hotel officials sent an email to an opposition party lawmaker this week that effectively negated Abe’s contentions.

Imai asked government officials at the committee session if officials with the LDP or the prime minister’s office met with hotel officials on Feb. 18 or later after the hotel’s email was read out in the Diet.

Chief Cabinet Secretary Yoshihide Suga said no one from the prime minister’s office had met with hotel officials. When Imai asked Suga to look into whether LDP officials did so, the government’s top spokesman said, “I am not in a position to make such an inquiry with the party.”

Hiroshi Moriyama, the LDP Diet Affairs Committee chairman, told reporters on Feb. 18, “I have been told that a hotel official visited party headquarters and said the hotel had caused a great deal of trouble for the LDP.”

Some officials close to Abe have said the LDP should no longer use ANA InterContinental Tokyo for functions.

After the discrepancies between Abe’s words and the hotel’s email were pointed out, the prime minister said the hotel told his staff that it could not discuss specific events because they involved confidential matters tied to the hotel’s business practices.

But later on the same day The Asahi Shimbun received an email from the hotel that said no employee said such a thing about confidential business practices.