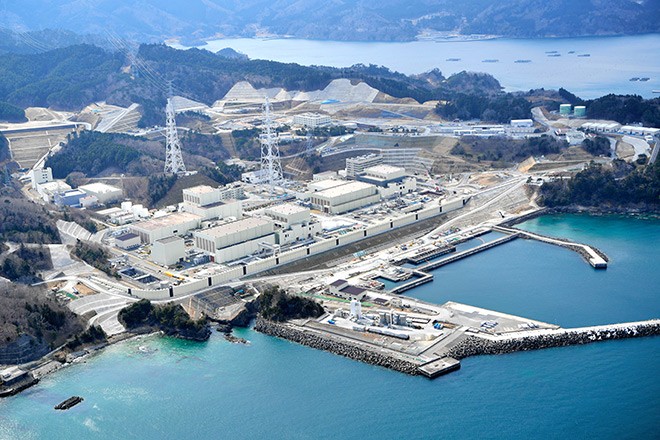 A nuclear reactor in Miyagi Prefecture damaged in the 2011 Great East Japan Earthquake and tsunami passed a key safety screening on Feb. 26, bringing it closer to reactivation.

The Nuclear Regulation Authority officially approved the safety of the Onagawa nuclear power plant's No. 2 reactor.

Approval from local authorities is still required to restart the plant, which is operated by Tohoku Electric Power Co.

No opposition to the plan has been raised by heads of the Onagawa and Ishinomaki municipal governments, which co-host the plant.

Tohoku Electric Power plans to complete safety upgrades at the plant by the end of March 2021. The plant is expected to be back online in 2021 or later.

On March 11, 2011, when the earthquake triggered the tsunami, flooding from the tsunami damaged the No. 2 reactor's cooling system but did not cause it to fail.

When Tohoku Electric applied to the NRA for a review to allow it to restart the reactor, it enhanced the plant's earthquake resistance and began building a 29-meter-high seawall to protect it from tsunami, measures that the NRA determined as appropriate in its decision.

The nuclear safety watchdog's approval comes despite major opposition from local residents to restarting the plant.

A November 2019 draft report approved by the NRA to gauge public opinion on the project contained 979 comments.

Many citizens expressed concerns over the threat posed to the plant by earthquakes and tsunami but the NRA dismissed their comments.

The plant is the third with boiling water reactors (BWR), which are the same basic basic design as those that melted down at the Fukushima No. 1 nuclear power plant in 2011, to meet the standards.

Its No. 2 reactor is the fourth BWR reactor approved by the NRA.

The Onagawa plant’s No. 2 reactor could be the first BWR to resume operations if local citizens consent to its reactivation.

The plant has three reactors. Tohoku Electric decided to decommission the No. 1 reactor in 2018. It plans to bring the No. 3 reactor into service.