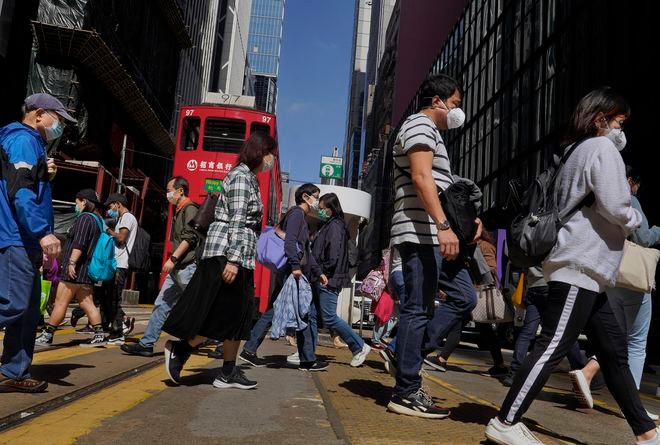 HONG KONG--Hong Kong unveiled a record budget deficit on Wednesday, pledging cash handouts to residents and business tax breaks to soften the blow to the recession-hit economy from often-violent protests and the coronavirus.

While the measures are not expected to arrest the downturn in the Asian financial hub, they will provide households and companies hit hard by recent events with some financial relief, analysts said.

Longer-term questions, however, remain over whether the stimulus can restore public trust in the most unpopular administration since the former British colony returned to Chinese rule in 1997, according to opinion polls.

“Hong Kong has been saving for a rainy day. This is it, this is the rainy day,” said Anthony Chan, chief Asia investment strategist at Union Bancaire Privée.

“There is also political reasoning behind the relief and emergency measures.”

The Chinese-ruled city recorded its first budget deficit in 15 years in 2019-20, at HK$37.8 billion ($4.85 billion or 536 billion yen), or about 1.3 percent of gross domestic product (GDP). In his budget speech, Finance Secretary Paul Chan flagged deficits for the next five years.

The 2019/20 budget included more than HK$30 billion to cushion the hit from the protests, which saw activists and police clashing in shopping malls and in the financial district. It also included HK$30 billion in recently announced handouts for health authorities, small and medium-sized firms and low-income residents.

The economy has been in recession for at least three quarters with tourism and retail firms struggling to survive as a partial closure of the border reduces mainland visitors to a trickle and keeps residents away from public areas.

“No one could have predicted that social incidents would break out in the middle of the year, which not only hit our economy but also broke our hearts,” Chan told legislators.

“Before we could sort things out, there was an unexpected outbreak of the novel coronavirus disease. Preventing and fighting against the epidemic ... are our top priority.”

For the 2020/21 fiscal year, Chan expected a budget deficit of 4.8 percent of GDP or HK$139.1 billion, a record in nominal terms. In 2003-04, when Hong Kong faced a recession caused by the Severe Acute Respiratory Syndrome, the deficit reached 5.3 percent of GDP, according to ANZ analysts.

The projected shortfall, which was larger than most analysts expected, accounts for lower revenues, as well as another HK$120 billion in mostly one-off relief measures, including handouts of HK$10,000 to Hong Kong residents aged over 18, tax breaks for firms and other subsidies.

Hong Kong usually runs balanced budgets or surpluses, since its pegged currency system commits it to fiscal prudence. Its ample fiscal reserves, however, allow it to run annual budget deficits during periods of economic headwinds.

Chan said while public spending was large, current circumstances were unique and the payouts would not impose a long-term fiscal burden.

Fiscal reserves are estimated at HK$937.1 billion by the end of March 2025, down from HK$1.1 trillion expected in March 2020, a drop that leaves economists relaxed about the peg system.

The Hang Seng Index was down 0.6 percent, performing worse than mainland shares but outpacing much of Asia. The Hong Kong dollar firmed slightly to 7.7890 per U.S. dollar.

The first quarter of 2020, when Hong Kong recorded its first coronavirus patients, is expected to be even worse.

Analysts predict the coronavirus will cut 1 or 2 percentage points off first-quarter growth while the contraction for 2020 may be larger than last year’s, depending on the intensity of the outbreak.

“It’s quite unlikely that Hong Kong can get out of recession because of this budget,” said Natixis economist Gary Ng, who predicts a 5 percent GDP contraction this quarter, and a 3 percent drop for the whole year.

“Because of the weak consumer sentiment, we are not expecting the handout to channel fully into GDP growth.”