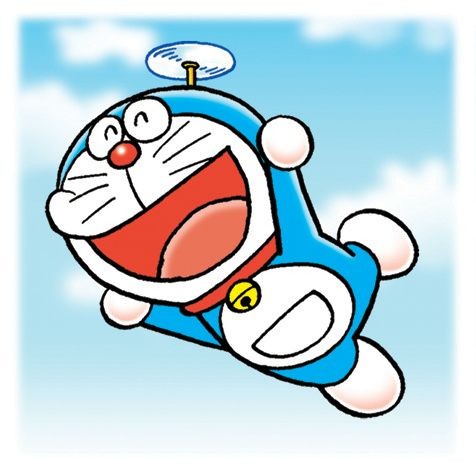 Fujiko F. Fujio (1933-1996), the creator of the iconic and long-running Japanese manga series "Doraemon," was careful not to let it fall into a set pattern.

While following the same formula for every scene where the cat robot pulls out his gadgets from his four-dimensional pouch, Fujio also sought to alter the expression on Doraemon's face from time to time to reveal an unexpected side of his personality, according to the book "Fujiko F. Fujio no Hasso-jutsu" (How Fujiko F. Fujio's imagination works).

This year marks the 50th anniversary of the manga's debut.

Going through the pages of a volume for the first time in decades, I was shocked to come across a scene where Doraemon wore a hideous expression on his normally genial, placid face.

He abhors mice. Having completely lost his sanity when a mouse appeared, he was about to use a gun and even his "Chikyu Hakai Bakudan" (Earth-destroying bomb) to kill the rodent.

One of the great appeals of this long-lived manga series is that it sometimes deviates from amusing and heart-warming stories to introduce something that is powerfully toxic.

Among them are imaginary contraptions called a "Chikyu Seizo Setto" (Earth-creation set) and "Ningen Seizoki" (machine for making humans), which are ominous and frightening in themselves.

One gadget that grabbed my attention this time was the "Jin Maiku," a microphone which, when spoken into, generates a special sound wave that deeply affects the listener.

The story's punch line was that the sound of someone passing wind moved everyone profoundly. When you think about it, this microphone has the potential to get everyone to do the speaker's will.

In the real world, research is in progress to analyze precisely how human feelings fluctuate.

Israeli philosopher Yuval Noah Harari notes in his "21 Lessons for the 21st Century" that it may become possible in the near future to determine what types of music stir human emotion.

If music can be created to delight and mesmerize any particular group of people, it might come in handy as background music for a political speech.

I think it's safe to say that the "Doraemon" manga series has already become a contemporary classic. The messages we can draw from it are rich and wide.