ANIME NEWS: First 5 seasons of ‘Detective Conan’ to stream free on YouTube in 2020 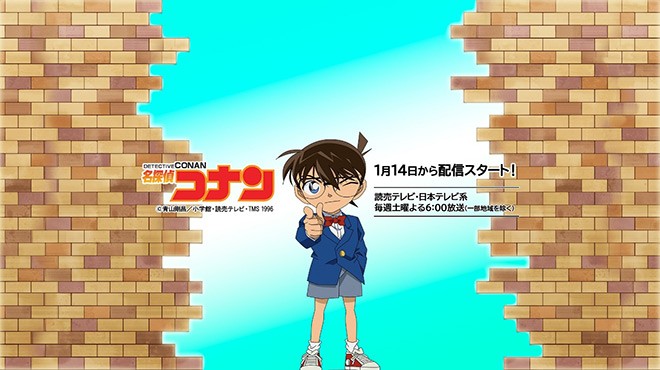 "Detective Conan" fans can now view a slew of early episodes of the TV anime series that started in 1996 absolutely free.

All 218 episodes of the first five seasons of the anime will stream on its official YouTube channel by the end of this year.

One to two episodes are streamed in order daily from 7 p.m. on the channel, which debuted Jan. 14.

A special video clip of Conan dancing to the show's new opening theme song that has been airing since January has also been uploaded to the channel.

Fans can also get a peek at the latest feature film adaptation of the anime, "Detective Conan: The Scarlet Bullet," in a trailer that will stream on the channel. The film hits cinemas April 17.

To view the episodes, go to (https://www.youtube.com/channel/UCvPA5InlbO2NCV8uFNMVBew/featured).