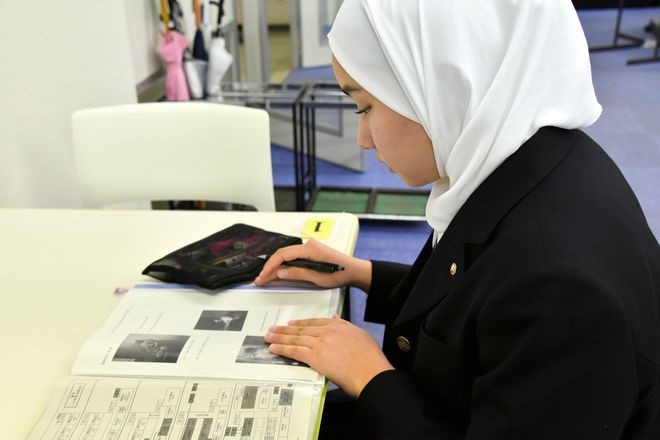 A 20-year-old Afghan woman who lives in Chiba Prefecture recalled crying in her room with her younger sister when their brothers were allowed to go to school.

She came to Japan when she was 16, but her father was vehemently against the idea of letting her attend classes. Among the reasons he gave were that boys and girls sit side by side in class and school uniform skirts are too short.

Obviously disappointed by her father’s stance, she said she had hoped the Japanese government would step in.

“If this were Europe, administrative officials would intervene to make sure I could develop my academic skills,” she said. “How can I live my life from this point on if I can’t go to school?”

The issue of foreign families denying girls a chance to attend school has not received much attention partly because foreign children are not subject to compulsory education in Japan.

According to an education ministry survey, about 124,000 foreign children of elementary and junior high school age live in Japan. An estimated 20,000 of them do not go to school, but the percentage of girls in this group has not been confirmed.

Although parents’ religious beliefs could be blamed for denying their daughters a chance to go to school, experts say that is often not the case.

“Under Islamic thinking, men and women are isolated from each other on certain occasions, but there is no problem for women to play active roles in society,” said Masanori Naito, a Doshisha University professor well-versed in Islam. “Only some Islamic conservatives have negative feelings about women’s activities.”

Instead of attending classes, the Afghan woman said, she prepared three meals a day for her family of six, washed the dishes and cleaned up.

She developed a love for South Korean and Chinese TV dramas shown on the internet in between her chores, and she went to a mall on weekends to look at clothes and shoes.

When she told her father and brothers that she wanted to be a designer, they laughed at her.

She was finally allowed to attend a nongovernment-run free school when she turned 19. But she felt even more empty because of the age difference; her classmates were studying to move on to senior high school.

She said all her female relatives who have immigrated to the United States and Canada attend colleges and senior high schools.

Many guardians among first-generation immigrants in Japan have worked to support their families rather than receiving a higher education.

“It seems that many of them want their children to help run their shops and do household chores sooner rather than letting them study,” said Noriko Hazeki, 68, president of the nonprofit organization Multicultural Center Tokyo.

Hidenobu Matsuzawa, 71, head of an association that supports Kurdish people in Saitama Prefecture, said that type of thinking was also prevalent in Japan until just a while ago.

“Although equality is now emphasized, not many women occupy managerial positions,” he said.

Yoshimi Kojima, an associate professor at Aichi Shukutoku University, said the government should inform foreign parents about Japan’s way of thinking toward education while respecting and guaranteeing their right to religious beliefs.

“Japanese society also needs to change to provide (everybody) a second chance (in education),” Kojima said.

Elaheh Fedaei, 18, a Muslim from Afghanistan, attends the Chiba prefectural Oihama Senior High School. She says that she knows no Muslims around her who would deny a girl’s right to receive an education.

Her dream is to attend medical school in Japan and become a doctor in her homeland.