Brewery to use symphony to improve taste of renowned sake 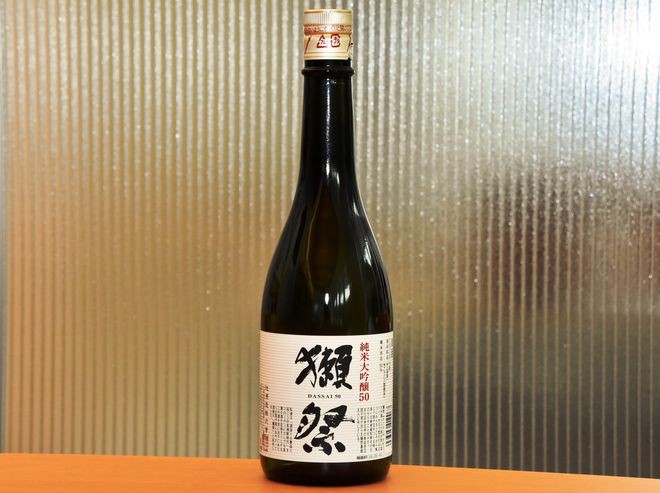 SHUNAN, Yamaguchi Prefecture--A sake brewery will play an original symphony at its brewery to improve the fermentation and maturation of its unfinished sake.

Asahi Shuzo Co., famed for Dassai, a “junmai daiginjo” high-quality sake brand, said on Feb. 26 that it will work with the Japan Century Symphony Orchestra based in Toyonaka, Osaka Prefecture, to release the musical score, titled “Dassai: Migaki” (Dassai: Polish).

A recording of the music by the orchestra will be played around the clock at the 2,000-liter brewing tank of Dassai 23, a core product of Asahi Shuzo, during the one-month fermentation and maturing process.

Hiroshi Sakurai, chairman of Asahi Shuzo, explained how he came up with the title for the musical piece.

“A Dassai characteristic comes from how its ingredient is polished,” Sakurai said. “I hope polished sounds will be presented.”

When asked what kind of impact the music will have on the quality of the sake, Sakurai said, “I have no idea, to be honest.”

“The sake might become milder,” he said. “That is a new endeavor for us, and I am looking forward to the outcome.”

The music will also be played for human ears.

“Dassai: Migaki” will be written by composer Kaoru Wada, who hails from Shimonoseki in Yamaguchi Prefecture and has created many works for films and TV dramas.

He is expected to complete the score by summer after visiting the brewery in Iwakuni, Yamaguchi Prefecture, to learn about the sake-making process.

The five-movement symphony is estimated to last about 30 minutes, with the first and second movements themed on fermentation and maturation.

“I will write the score in the image of Dassai’s flavor and the natural scenery in Iwakuni, which is home to the brewery,” Wada said at a news conference in Shunan on Feb. 26.

The Japan Century Symphony Orchestra will first perform the score in February next year in Toyonaka. It will also be heard in Shunan.

Sake that was brewed to the music will be sold to visitors at the performances, according to Asahi Shuzo representatives.