Abe gets Trump’s support in holding Olympics as scheduled 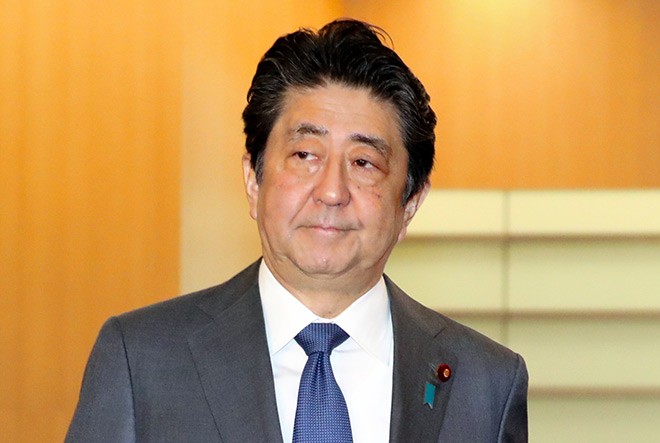 Although President Donald Trump suggested postponing the Tokyo Olympics and Paralympics due to the new coronavirus outbreak to reporters, he later expressed support to Prime Minister Shinzo Abe for holding them as scheduled.

Abe spoke with Trump in a 50-minute conference over the phone on March 13, in which the prime minister conveyed his resolve to have a successful Tokyo Olympics and Paralympics this summer by winning the battle against the virus.

In response, Trump said he appreciates Japan’s efforts conducted in a transparent manner to the international community, according to Japanese officials who were also present at the teleconference, which included Chief Cabinet Secretary Yoshihide Suga.

Abe and Trump agreed on working closely toward opening the Summer Games as scheduled from late July.

The talks between the two leaders came hours after the president floated the idea of putting off the Olympics to reporters at the White House.

“Maybe they postpone it for a year … if that’s possible,” he said. Trump reportedly added that he liked “that better than I like having empty stadiums all over the place. I think if you cancel it, make it a year later--that’s a better alternative than doing it with no crowd.”

But Trump did not refer to a postponement in the conference call with Abe, according to the officials.

At a news conference after the teleconference, Suga reaffirmed Japan’s intention to host the Olympics and Paralympics as scheduled.

“There is no change to our stance that we will steadily proceed with preparations for the opening of the Olympics as was scheduled by closely cooperating with the International Olympic Committee, the Japanese organizing committee and the Tokyo metropolitan government,” he said.

Regarding Trump’s comment on a possible postponement, Tokyo Governor Yuriko Koike said on March 13 that she was not taken aback by it.

“There are changes on an extraordinary scale occurring day after day, so such words do not surprise me,” she said, adding Tokyo has ruled out the option of canceling the sporting events.

In a tweet he posted after the talks with Abe, Trump said: “Just had a great conversation with Prime Minister Abe of Japan. I told him that the just completed Olympic venue is magnificent. He has done an incredible job, one that will make him very proud. Good things will happen for Japan and their great Prime Minister. Lots of options!”