Time-honored observatory to throw open its doors to survive 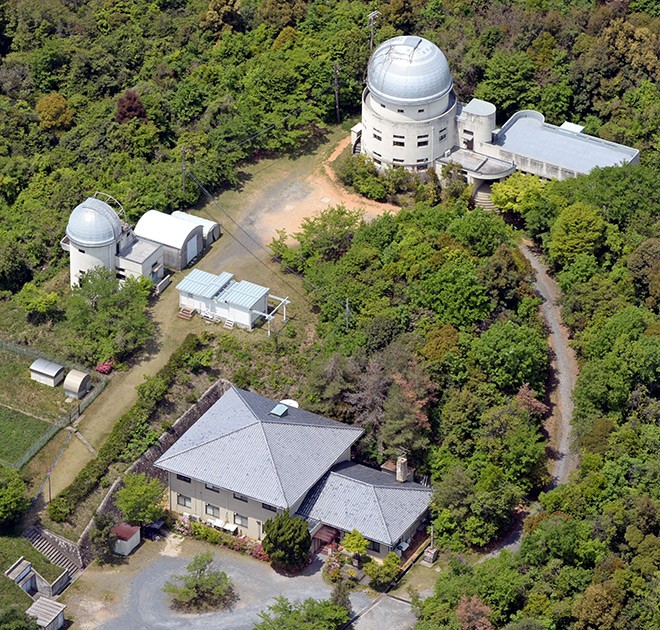 KYOTO--To shoot for the stars and keep its doors open, a 90-year-old astronomical observatory here will open its building and massive telescope to the public.

Kyoto University’s Kwasan Observatory in Yamashina Ward will start accepting visitors on weekends from May, so the public can learn about its historic significance and the fascination of stargazing.

Visitors will be allowed to freely tour the telescope installed more than 100 years ago and the building that still maintains the appearance of the time it was constructed in the early Showa Era (1926-1989).

“We want visitors to fully enjoy the magnificent historic equipment and architecture,” said Kazunari Shibata, a cosmic magnetohydrodynamics professor at the university, who once served as director of the observatory.

Admission fees from visitors will be used to cover maintenance costs of the facility, which has been put on the cusp of being shut down.

Kyoto University opened a new observatory in Okayama Prefecture in 2018 to better respond to the latest research developments. The university’s budget money that used to fund the Kwasan Observatory now goes to the new establishment.

Established in 1929, the Kwasan Observatory has long been offering many researchers and amateur stargazers opportunities to monitor mainly the Sun and Mars.

It is currently used for training the university’s graduate and undergraduate students and other objectives.

Trying to continue its operations, Shibata and others organized an astronomical observation event and a concert to solicit donations and supporters.

The Kwasan Observatory will be open from 10:30 a.m. through 4 p.m. on Saturdays and Sundays. Visitors cannot enter the facility after 3:30 p.m.

Admission will be 1,000 yen for adults and 500 yen for elementary, junior and senior high school students.

The observatory was initially looking to start accepting visitors in April, but the coronavirus outbreak forced it to push back the opening date to May.