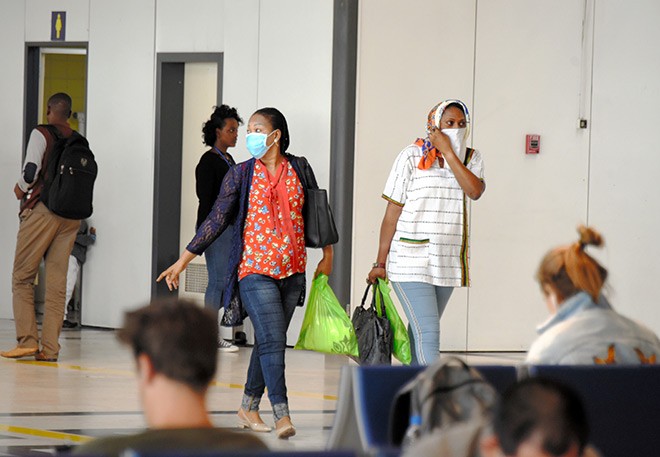 Two Japanese nationals working in Ethiopia and a Japanese resident in Thailand were newly confirmed to be infected with the new coronavirus, health authorities in the two countries said.

Ethiopia's health minister announced March 15 that three people were confirmed to be infected. Two of them are Japanese male nationals, aged 47 and 44, who work with the Japan International Cooperation Agency. The other person is a 42-year-old Ethiopian.

All three individuals came into contact with a 48-year-old Japanese man who tested positive earlier and who authorities said was the first person to be confirmed to be infected in Ethiopia.

According to JICA, that man works as a JICA adviser.

The man departed from Tokyo's Haneda Airport on Feb. 22 and stayed in Burkina Faso, West Africa, until March 4. After arriving in Ethiopia, he engaged in research activities.

The man developed a fever on March 9 and went to a hospital the following day for a checkup. He tested positive for the virus on March 13. The Ethiopian health ministry is trying to track those who came into contact with him to test them for infection.

In Thailand, the health ministry earlier confirmed that a 33-year-old Japanese male resident was infected, making him the first Japanese to test positive for the virus in Thailand.

Ministry officials said the man’s Thai wife, daughter and mother-in-law also were confirmed to be infected with the virus. The mother-in-law visited Japan a short time ago.

(The article was written by Takashi Ishihara in Johannesburg and Akihiko Kaise in Bangkok.)