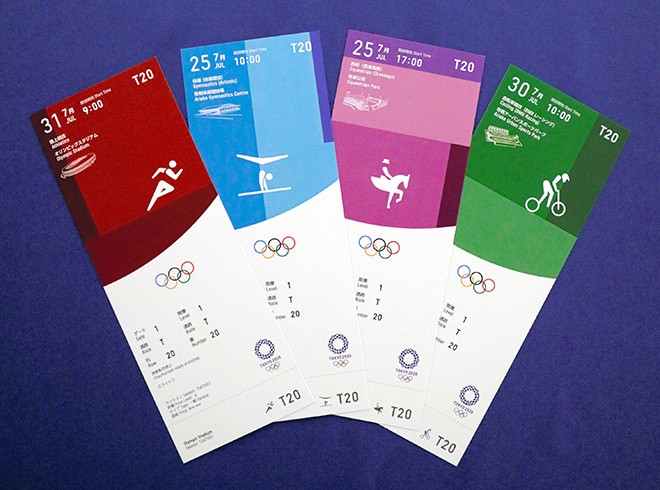 Holders of coveted tickets for the Tokyo Olympics are anxiously awaiting word on whether the Games will go ahead as planned, with a media report that tickets might not be refundable in case of a cancellation stirring fears they may be left out of pocket.

Tickets have been snapped up in Japan, with over three million sold during the first domestic lottery last May. Hot demand for later sales also left many potential buyers disappointed.

Organizers have repeatedly said the July 24 to Aug. 9 Games will go ahead as scheduled but with the rapid spread of the coronavirus bringing the sports world to a virtual standstill, fears are growing the Olympics may be canceled or postponed.

On Wednesday, the Asahi Shimbun newspaper reported that tickets might not be refundable if the Olympics were to be canceled, citing Olympic organizers and contractual details connected to the tickets.

Should holding the Olympics be prevented due to a number of “force majeure” incidents ranging from disasters to war and “states of emergency connected to public health,” organizers were not to be held responsible, the Asahi added.

The report prompted a flood of comments on social media, making it one of the top trending Twitter topics in Japan.

“What--no refunds if it’s canceled? Are you kidding me?” wrote commenter may_lulu.

Tokyo 2020 organizers said in a statement they would monitor the situation but that neither they nor the International Olympic Committee were thinking of canceling the Games and were making every preparation to ensure they open on time on July 24.

“The terms and conditions do not state that ‘tickets cannot be refunded,’ so the article is not accurate,” they added.

“I’ve almost given up on the Olympics,” said Toshikazu Moriwaki, a 66-year-old retired banker who paid roughly 110,000 yen for four tickets but said he believed he would get a refund.

“I really want to watch the game but above all, I want to have the Olympics in Tokyo, even delayed. No cancellation please.”

Liz Shek-Noble, an Australian resident of Tokyo, has tickets to diving and Paralympic fencing.

“I am not optimistic about the likelihood of getting a refund in the event that the Olympics and Paralympics are canceled,” she said.

“In the event that they are postponed, I hope that those who have tickets are given the choice of attending their events on a new date or being partially or fully refunded.”

And some continued to hope.

“First, I want to know if the Games are on or not before worrying about a refund,” said a Korean woman living in Japan who holds two tickets to see golf.

“I’m really looking forward to seeing the events that we luckily got tickets for.”