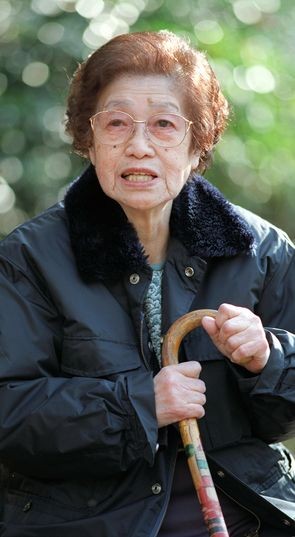 The life of a Japanese woman named Katsuko Saruhashi (1920-2007), a renowned geochemist, offers an intriguing story.

Saruhashi founded the Saruhashi Prize, an annual award to a Japanese woman who has made an outstanding scientific achievement.

As a child, she would watch raindrops cascade down windowpanes and wonder what made it rain.

It was an era when not many of the graduates of girls’ high schools went on to college. But Saruhashi studied physics at the Imperial Women’s College of Science, now Toho University, and then got a job at the Meteorological Research Institute.

She made a name for herself in the international scientific community in 1954 for investigating the radioactive fallout from a U.S. thermonuclear weapon test at Bikini Atoll.

After the crew of the Japanese tuna fishing boat Daigo Fukuryu Maru, which had been fishing off the coral reef in the Marshall Islands in the Pacific, began to suffer acute radiation syndrome, Saruhashi measured radioactive molecules in the seawater there.

But some scientists refused to accept her findings.

Feeling that she was disrespected because she was a woman, she went to the United States on her own to prove the accuracy of her measurements.

Saruhashi was a vocal critic of discrimination against women in the scientific community, asserting that women were treated as backseat players even if they had a Ph.D.

“That was not just because of her anger (about discrimination) but also probably because of her strong desire to make a contribution as a scientist,” says Mizuho Ishida, 76, a winner of the Saruhashi Prize, who became the first woman to head the Seismological Society of Japan.

I can't help wondering if the adverse research environment in Japan for female scientists is now a thing of the past.

The answer, unfortunately, seems to be no.

Saruhashi would have been infuriated by the revelations of discrimination against female applicants in entrance examinations to some medical colleges, Ishida says.

Marie Curie, the Polish-born physicist and chemist who won two Nobel Prizes, likened scientists to people traveling to a wonderland.

I imagine some children who are future travelers in the wonderland of science asking themselves many questions like what rain is. There should be no wall to separate men from women for their journeys.