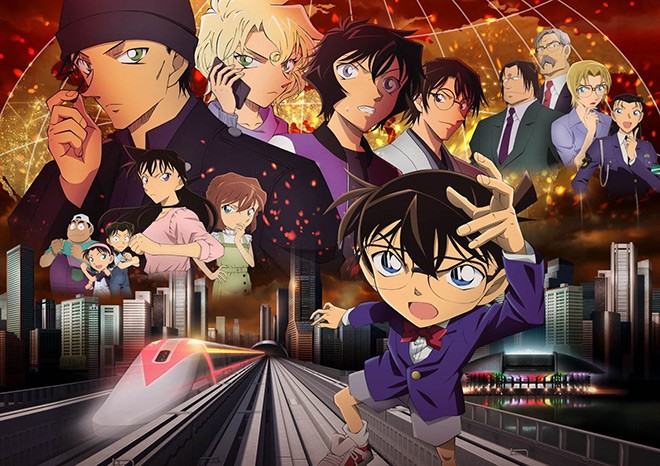 The main visual of the latest feature film adaptation of the “Detective Conan” series shows Shuichi Akai and other members of the Akai family.

The latest film was scheduled to premiere on April 17, but Toho Co. said April 3 that it will postpone the release due to the spread of the new coronavirus. The new release date has yet to be determined.

The story unfolds against the backdrop of the largest international quadrennial sports event, the World Sports Games, taking place in Japan.

But an incident on an unprecedented scale breaks out, involving the first-ever “vacuum superconducting linear” maglev train, which is developed for the WSG’s opening ceremony and boasts a maximum speed of 1,000 kph.

Lurking behind the incident is Akai, who monitors the situation, and the FBI waiting for his instructions.

Shown in the main visual are members of the Akai family, including Akai, his mother, Mary, younger sister Masumi Sera and younger brother Shukichi Haneda, who hold the key to the mystery from the original manga on which the film is based.

For more information, visit the official website at (https://www.conan-movie.jp/).