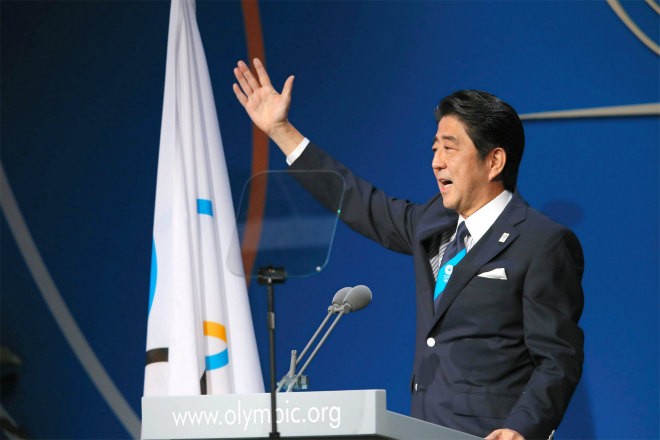 About five years ago in Boston, I met a man who was instrumental in defeating the city's bid for the 2024 Summer Olympics.

Boston was seen as a leading contender, but this man launched an aggressive campaign via public hearings, media interviews and online messages to highlight the monumental cost burdens of hosting the Games.

In a column I was penning at the time, I expressed deep concerns about the 2020 Tokyo Olympics, and quoted the Boston man as warning to the effect that the Olympics have grown too big and place too great of a cost burden on the host city's taxpayers.

In retrospect, Tokyo has since experienced one snag after another.

First off, the official Olympic logo had to be redesigned after it was found to have been plagiarized.

Then, the scandal-embroiled president of the Japan Olympic Committee resigned.

And earlier, while Tokyo was in the bidding process in 2013, Abe made the highly controversial claim that any fallout from the Fukushima nuclear accident of 2011 was "under control."

But having weathered these multiple storms so far, the 2020 Olympics now faces the likelihood of postponement.

The International Olympic Committee has at last announced that it will make its final decision on the issue "within four weeks."

And with Abe now hinting at the possibility of a postponement, the current seems to have changed direction suddenly, so to speak.

The world's biggest quadrennial sporting extravaganza is about to be impeded by a virus.

I am reminded anew of the anguish of the organizers of numerous athletic events that have been forced into cancellation around the world this spring.

Statements such as "the most painful decision" and "heartbreaking disappointment" have been heard over and over.

In the column I wrote back in 2015, I concluded, "I have a bad feeling that there will be more storms to come in the days ahead." But I never imagined the possibility of the Olympics being postponed.

Given the gravity of the COVID-19 pandemic, it is probably impossible to hold the Games as scheduled. For now, I can only pray for as early a decision as possible.