Key summer fireworks festival in Tokyo called off due to virus 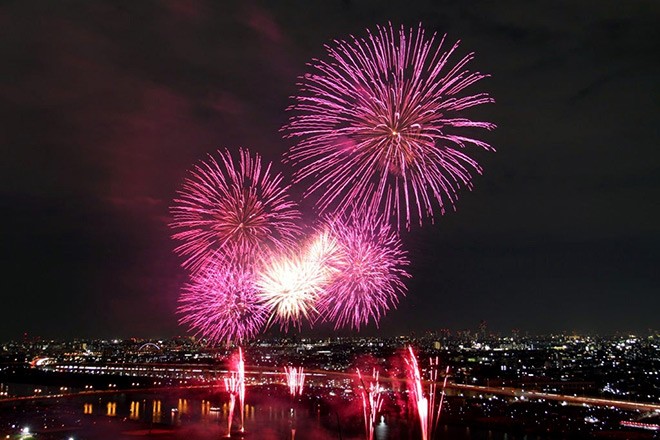 The annual Adachi Fireworks Festival, a major summer event that attracts hundreds of thousands of people along the banks of the Arakawa river in Tokyo, was canceled due to the spread of the new coronavirus.

It is the first time for the festival to be called off since it started in 1979, a municipal tourism exchange association that organizes the event said March 23.

The event is usually held in July. But this year it was pushed forward to May 30 because of the Tokyo Olympics and Paralympics scheduled for this summer.

Tourism officials said the fireworks display draws more than half a million people every year. More than 10,000 pyrotechnics are set off each hour, making it one of the largest firework displays in Tokyo.

The event organizer had already prepared almost all 15,000 fireworks and signed a contract with a security firm for the event.

Officials said the association decided to cancel the event because of the huge crowd expected, which inevitably would force people to congregate on buses and trains to get to and from the event.