Schools that teach Japanese hurt by bans on foreigners 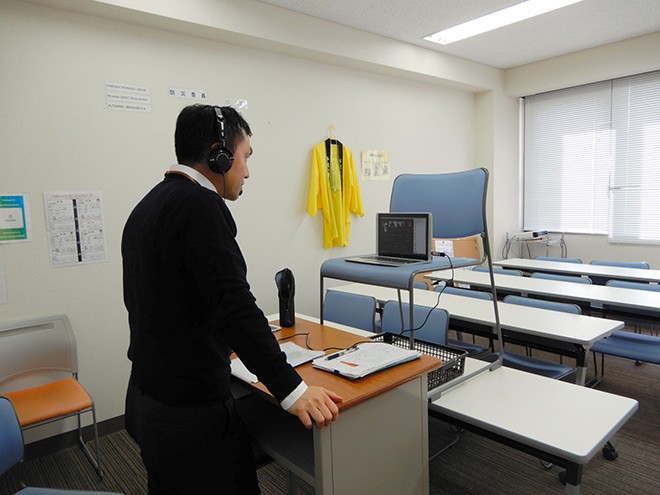 An instructor at Sendagaya Japanese College offers online instruction to students appearing on a computer display in front of him. (Kayoko Sekiguchi)

Japan's entry bans targeting many foreign nationals are poised to inflict crippling financial damage on small domestic Japanese language schools and colleges, and some in the industry have started online classes.

The new restrictions, put in place to prevent the spread of the coronavirus, have created deep uncertainty just ahead of the start of the school year in April for school operators and prospective students.

Sendagaya Japanese College in Tokyo’s Shinjuku Ward was expecting 396 students from China this spring, but the stricter entry procedures have Masaki Yoshioka, the school's chairman, feeling nervous over how many, if any, will enter Japan.

“We have no idea if and when those students can enter our school,” Yoshioka said.

Japan first tightened entry restrictions on nationals from China and South Korea as the coronavirus outbreak began to unfold and in recent weeks expanded them to include European nations.

The United States will be covered by the restrictions from this week.

From late February, Sendagaya Japanese College began providing online instruction to foreign students, with teachers in empty classrooms addressing students via a computer monitor in front of them.

The new entry restrictions have led schools to be flooded with inquiries from students anxious over potential delays in spring courses and being unable to recoup tuition they have already paid if they can't gain entry to Japan.

Sendagaya Japanese College plans to offer online instruction to students who are unable to enter the country and is also considering returning half of their tuition.

“We don't want to take away their opportunity since they chose to study in Japan,” Yoshioka said.

The demand has created a boom of new Japanese language schools.

About 90,000 foreign students were studying at Japanese language schools in Japan as of May 2018, according to the Tokyo-based Japan Student Services Organization, 30 percent of all foreign students in the country.

Because of the entry ban, “Many schools are suffering from financial hardship,” said Yasushi Takayama, an official with the Association for the Promotion of Japanese Language Education, made up of Japanese language schools.

“It's a matter of survival for some of the smaller institutions,” Takayama said.

Universities are also wondering how badly the bans will affect attendance at their institutions.

Tokyo’s Waseda University had the most foreign students as of May 2018 with 5,412. Chinese students made up about 60 percent of that figure, with South Koreans accounting for another 10 percent.

Waseda also had about 50 students from European nations, including France, Britain and Germany.

Waseda is struggling to respond to a high volume of inquiries from students who have not been able to obtain entry visas or who want to delay their entry to the university.

Some students have been unable to enter Japan and others have submitted requests to take a temporary leave of absence.

University officials are working to assess the possible overall fallout from an increase in foreign students who cannot enter the nation.

A large drop in Waseda's foreign student numbers could force it to change starting dates of courses and how they are taught.

Personnel expenses might also increase if a different period for courses has to be established.

(This article was written by Shingo Tsuru, Kayoko Sekiguchi and Fumio Masutani.)