Ministry allows local authorities to decide on when to reopen schools 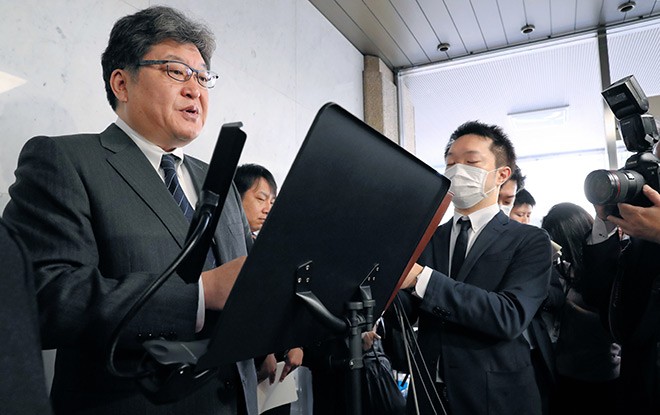 The government will let local authorities decide whether to reopen schools despite acknowledging that the number of novel coronavirus infections is increasing in the country.

Elementary, junior and senior high schools, as well as special assistance schools, have been shut down since March 2 following an abrupt request by Prime Minister Shinzo Abe on Feb. 27.

Hagiuda said the government decided to let local authorities make the call on reopening schools because “public awareness has heightened against the spread of the new coronavirus.”

He also said local authorities should be aware that the central government could again ask them to close the schools if there is an explosive growth in the number of new coronavirus cases.

“In some regions, more new cases have been reported than before,” he said.

Under the guidelines, students are urged to wear face masks and avoid crowded venues and enclosed spaces with poor air circulation, and to refrain from talking with others in close proximity.

School classrooms should be frequently ventilated, and teachers should free up more room to prevent congestion of children involved in after-hours extracurricular activities, according to the guidelines.

In addition, students should be allowed to catch up in their studies through remedial classes or assignments to do at home.

Children who test positive for the virus and those who have been in contact with the infected student are not allowed to attend school, according to the guidelines.

Hagiuda said if an infection case is confirmed after a school reopens, local authorities will have the option of suspending the infected child and those who came in contact with the child from school, shutting down classes at the school, or closing some schools instead of all schools in their jurisdictions.

As of March 16, most public-supported schools have remained closed as part of nationwide efforts to prevent the further spread of the new coronavirus in the country.

But local governments have been calling on the central government for guidance on when to reopen the schools, citing a spell of problems that have arisen.

They said students have been under greater stress since the school shutdowns and are falling behind in their schoolwork.

The closures have also added to the burden of some parents because they must take time off work to care for their children at home, they said.

(This article was written by Daisuke Yajima and Ryo Miyazaki.)