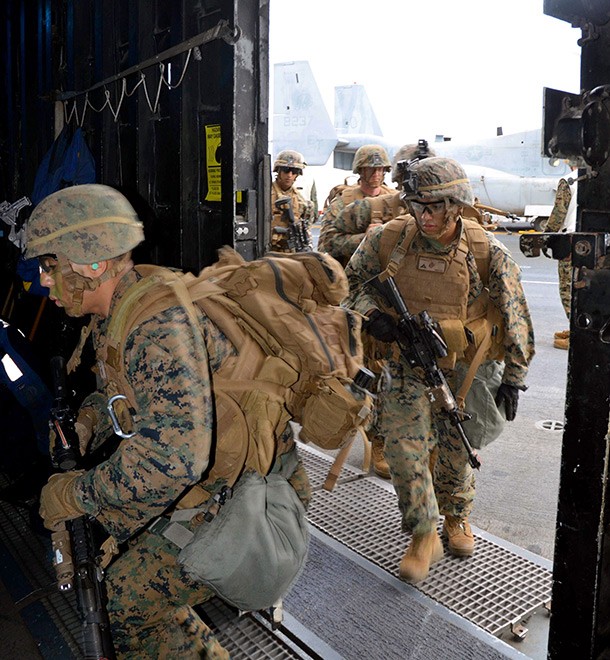 NAHA--The U.S. Marine Corps based in Okinawa Prefecture should be decentralized and deployed in smaller units to the Japanese mainland, according to a draft proposal of an expert panel.

The proposal also includes joint use of the Self-Defense Forces’ bases.

The panel, called “Bankoku Shinryo Kaigi” and consisting of university professors and former bureaucrats, was set up by the Okinawa prefectural government in May 2019 to discuss how to reduce the U.S. military presence on the island prefecture.

The panel will present its proposal to Okinawa Governor Denny Tamaki on March 26 and urge both the Japanese and U.S. governments to act on the plan, sources said.

Tamaki has insisted he would reflect the panel’s proposal in the prefectural government’s policy.

The panel’s draft proposal said the relocation plan has become “technically and financially difficult to complete,” noting that the offshore construction site rests on a soft foundation and total construction costs are expected to reach 930 billion yen ($8.4 billion).

With the Chinese military improving its missile capabilities, the U.S. Marine Corps understands it would be risky to concentrate its forces in Okinawa and has shifted its strategy to deploying smaller groups of troops, the proposal said.

Therefore, the panel said, it is rational for U.S. forces to be dispersed on the mainland and to other parts of Asia.

(This article was written by Kazuyuki Ito and Shinichi Fujiwara.)