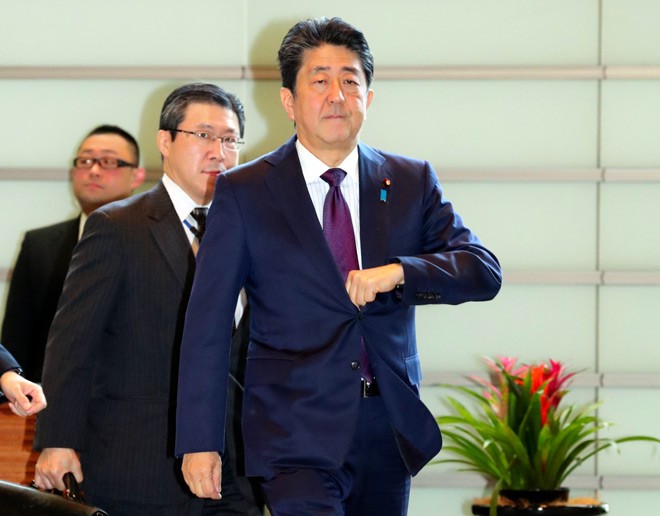 Trump said he supported the decision in a 40-minute phone call initiated by Abe just after 10 a.m. Chief Cabinet Secretary Yoshihide Suga, who explained the conservation at a news conference, sat in on the call as well.

Abe and Trump agreed to work closely to hold the Tokyo Olympics and Paralympics in a complete format as proof of humanity’s victory over the novel coronavirus.

They also agreed to share information regarding therapeutic drug development against COVID-19.

In addition, the two leaders discussed North Korea, which recently fired multiple projectiles into the sea.

Abe then had a phone conversation with Australian Prime Minister Scott Morrison about the postponement of the Summer Games.

On the evening of March 24, Abe talked with International Olympic Committee chief Thomas Bach on the phone and proposed delaying the Games for about a year. They agreed to hold the Olympics “at least by summer 2021.”